SAN FRANCISCO, CA – Surrendered firearms sit on a table during a gun buyback event on December 17, 2016 in San Francisco, California. Dozens of guns were turned in during the first hour of a one-day gun buyback event in San Francisco’s South of Market area put on by the United Playaz and San Francisco Police. In hopes of reducing violence in the area, $100 was given for each working gun that was turned in and $200 was given for assault weapons. (Photo by Justin Sullivan/Getty Images)

John Hamasaki is an outspoken advocate for criminal justice reform, the defense attorney who helped Drakeo the Ruler secure his freedom, and a police commissioner for the city of San Francisco. He is also an active Twitter user. On Tuesday, March 2, Hamasaki shared a photo of a pistol confiscated from a 17-year-old, posted by the NYPD, with a caption: “Uncomfortable truth: Taking a gun from one kid may as likely stop violence as end up in that kid getting killed. It may feel good to automate your posting this photo, but I’ve known too many kids who were killed for being in the wrong neighborhood (often their own) & unable to protect themselves.”

His tweet resulted in an enormous backlash, with two city supervisors demanding that Hamasaki resign from his position on the police commission. Supervisor Ahsha Safaí, in a statement calling for his resignation, said, “Teenagers should NEVER be allowed to carry an illegal firearm.” (Hamasaki had not said they should.)

Hamasaki felt his words had been intentionally taken out of context. His support for police reform and denunciation of racism within the police force has previously drawn ire from the San Francisco Police Officers Association and its supporters.

Last February, a former SFPD officer wrote an op-ed in the Marina Times, a conservative local paper, suggesting Hamasaki recuse himself from disciplinary hearings, in part because of “prejudicial hatred towards Caucasians,” evidenced by a tweet in which Hamasaki suggested a “911 for white people,” a joke about the spate of “Karen” characters from Lake Merritt to Central Park and the premise of Daily Show sketch. A citizen compiled a dossier of Hamasaki’s tweets, calling him an “epic racist,” and demanded the city of San Francisco fire him.

“I think a lot of people are grateful for the work I do in the community. And there’s some people that are pretty upset about it. And so this came about from some of the same people that kind of go after anything I tweet,” Hamasaki told VICE News. “Sometimes it gets amplified, sometimes it doesn’t. And then this one really got amplified,” he said.

From what Hamasaki’s clients have told him, they’re often placed in situations where they must weigh the risks of incarceration on gun charges against dying because they couldn’t protect themselves.

One particular instance still haunts Hamasaki. A young man in Richmond, California, wanted Hamasaki to represent him as his defense attorney, but Hamasaki couldn’t take him on as a client if he kept catching gun cases. A few weeks later, Hamasaki said, the man was gunned down, unarmed, in an intersection with a child. “That was me speaking from my place of privilege where I knew what was best, or knew what was right,” he said. “I just can’t do that anymore. I don’t have that right. Because it’s not my life that’s in danger.”

Hamasaki partially intended to start a conversation with his tweet about allocation of resources, he said. “Why are we spending almost a billion dollars on policing in San Francisco, but we’re continuing to neglect and starve the communities where the violence is taking place?” he said. He believes a hyperfocus on punishment, increasing numbers of police officers, and tougher gun laws is backwards. “We’ve been doing the same thing for I don’t know how many decades,” he said, “and getting the exact same results.”

He initially sent the tweet out of frustration of seeing “simplistic narratives” on social media.

“I think it’s hard for people to sit down and have that conversation in a nuanced, thoughtful way and still believe what’s being spread,” Hamasaki said.

His statement struck a nerve. The city’s political lines have been electrified, in part due to the new district attorney, Chesa Boudin, one of the progressive DAs cropping up across the country. Boudin made history in San Francisco for being the first DA in the city to charge a police officer with homicide. He has been attacked by critics—especially the Police Officers Association—since he took office last year. One wealthy tech entrepreneur and VC started a $75,000 fundraiser to “hold the DA accountable” by hiring a “journalist” specifically to cover his office.

There are also external factors that explain why these attacks are resonating with a small part of the San Francisco population, Hamasaki said. There have been numerous garage break-ins, and a spike in shootings since the beginning of 2021, as there has been around the country. “Whether it’s COVID, or whether it’s the government failing to support people during these times, I don’t really know,” he said.

Hamasaki reiterated his position. It’s a complicated issue, and “life is not a bumper sticker,” he said.

“Yes, kids should not be running around with guns. Guns are dangerous.” Hamasaki said. “But I’m also not going to tell somebody to put themselves in a position where they’re going to be killed.” 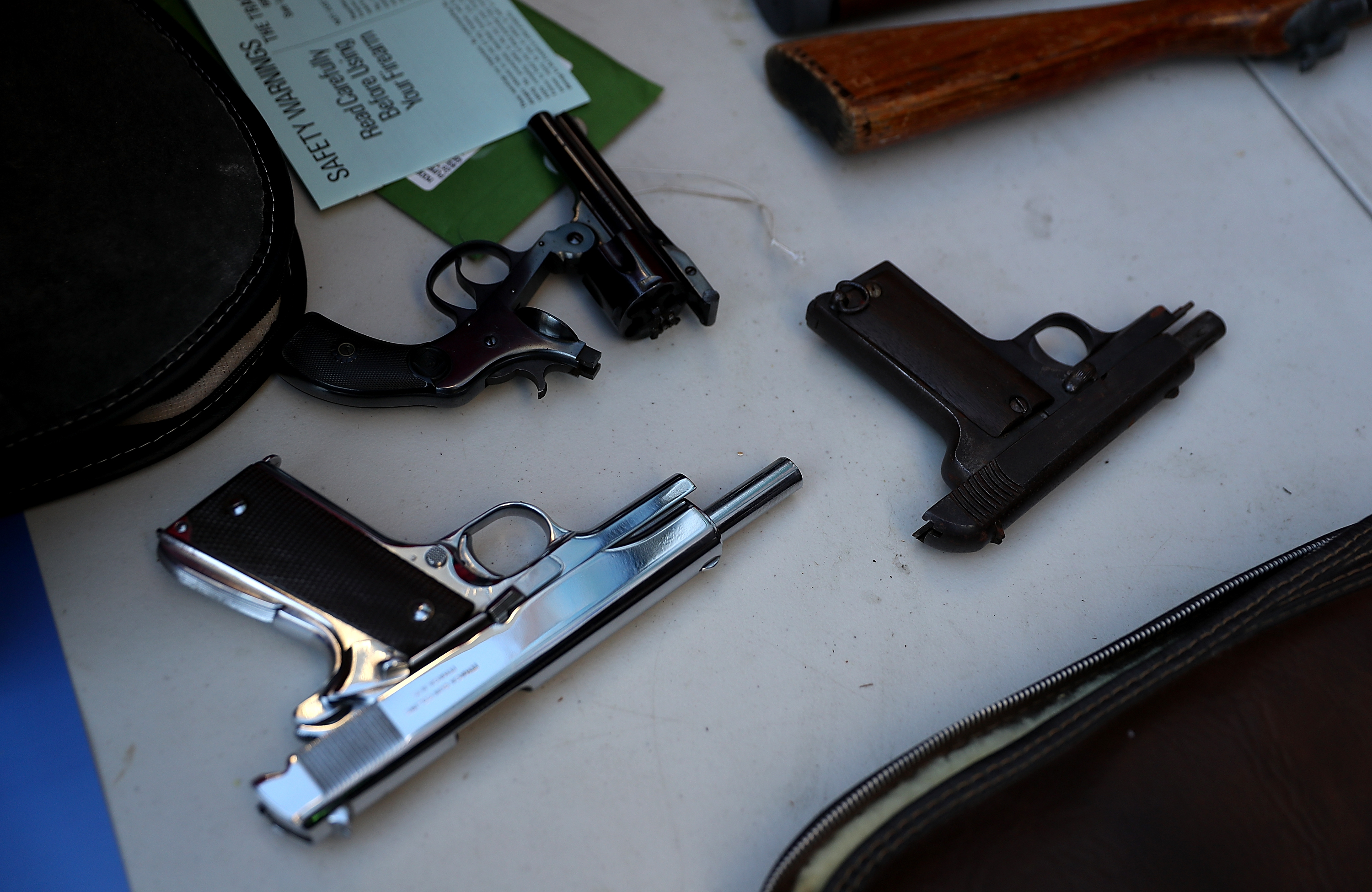 Republicans Want to Turn This Entire State Into an ‘Unorganized Militia’

Cost Of Moving From One State To Another

The Macallan Unveiled Their Red Collection