Republicans across the country have spent the better part of 2021 trying to cut off transgender children’s access to gender-affirming health care. Some have falsely compared it to child abuse, “genital mutilation,” and even Nazi war crimes.

But for children born with intersex traits, or in a body that differs from social expectations about “boys” and “girls,” legislators on the right are more than happy to let doctors perform surgeries—sometimes without those children’s knowledge.

So far this year, legislators in at least 18 states have introduced bills that would block trans kids from gender-affirming health care. But 16 of those bills, according to a VICE News analysis, contain a startling exception: They explicitly do not apply to the medically unnecessary surgeries performed on intersex children. No state has passed a law to directly ban these procedures.

“Intersex,” an umbrella term that encompasses upwards of 20 conditions, describes individuals whose combination of chromosomes, gonads, and genitalia place them somewhere on the spectrum between typical definitions of “male” and “female.” As many as 1.7 percent of children are born with intersex traits, according to the United Nations.

Some children may need surgery for proper functioning. But medically unnecessary procedures are also sometimes performed on kids to normalize what doctors call “ambiguous genitalia” or to remove gonads that don’t match social expectations. It’s a practice that human rights groups and intersex activists have spent years trying to end.

“The exception to the ban on gender-affirming care for trans children that allows doctors to impose actual sex changes on unconsenting intersex children reveals the true evil of these proposed laws,” Cary Gabriel Costello, associate professor of sociology and director of LGBTQ+ studies at University of Wisconsin-Milwaukee, wrote in an email. “They seek to treat children as objects, who can have no say into how they will be treated, by society at large or by the medical profession.”

The proposed bans on gender-affirming care are overwhelmingly focused on surgery, with many listing the procedures they intend to outlaw. But that focus is deeply misleading: In reality, U.S. medical guidelines don’t recommend that minors undergo transition-related surgeries. Instead, trans children typically first transition socially by changing their names, pronouns, and presentations. As they get older, they may start using puberty blockers—which are reversible—and hormone treatments.

Instead, it’s the medically unnecessary surgeries on intersex children that advocates say are regularly performed.

“The results are often catastrophic, the supposed benefits are largely unproven, and there are generally no urgent health considerations at stake,” Human Rights Watch researchers wrote in a 2017 report on these procedures. The organization recommends that these they be delayed until intersex children are old enough to make their own decisions.

When Kimberly Zieselman was 15 and hadn’t yet gotten her period, her parents took her to see a doctor. Zieselman and her parents were told that doctors had discovered she had “partially formed female reproductive organs” that could become cancerous, she said, and that she needed to have surgery right away.

“Flash forward to age 40, finding my medical records, and finally getting the truth,” Ziesleman said, “which was really removing testes that were in fact healthy.” Zieselman had XY chromosomes and what’s known as androgen insensitivity syndrome, which leaves her body unresponsive to androgens, masculinizing hormones, like testosterone.

“Everyone thought they were doing the right thing. But my parents could not have given true informed consent because they weren’t given all the information needed to consent on my behalf. Not to mention, I wasn’t.”

Instead, that same day, Arkansas became the first state in the U.S. to ban gender-affirming care for trans children, after its state legislature overrode Gov. Asa Hutchinson’s veto. The Arkansas bill includes an exception to allow for medically unnecessary surgeries on intersex kids.

There’s no telling how many children have undergone these kinds of surgeries, which date back to the 1950s. The doctors who perform these surgeries, as well as some former patients, have lobbied hard against the proposals to prohibit them. They argue that such a law would unjustly curtail parents’ rights to make decisions for their children.

“The results are often catastrophic, the supposed benefits are largely unproven, and there are generally no urgent health considerations at stake.”

Although the intersex activists who spoke to VICE News made it clear that they support the trans community in its fight against these health care bans, the two causes’ messaging can sometimes be at odds. (Intersex people can be trans, cis, non-binary, or members of LGBTQ communities in other ways.)

When Hutchinson, a Republican, vetoed the Arkansas ban on Monday, he called it “a vast government overreach” into the bond between medical provider and parent (given that a minor patient is too young to legally consent). But InterACT champions legislation that does limit a medical provider’s ability to carry out a parent’s wishes by restricting their ability to carry out surgeries on intersex children.

“His reasoning was extremely frustrating,” Zieselman said. “It’s also frustrating to, you know, feel like we are constantly walking on eggshells around in our advocacy making sure it’s not negatively impacting the trans community, but then to have trans advocates using the rationale of, ‘Do not interfere in patients and parents’ decision.’”

Ultimately, both communities are fighting for patient autonomy: A child should be able to decide what happens to their own body.

The proposed health care bans’ exceptions deploy strikingly similar language and display clear medical expertise. And since Republican legislators don’t tend to make a habit of educating themselves on the intricacies of LGBTQIA issues, the resemblance raises questions about how, exactly, all these exceptions came to exist in more than a dozen states.

The bills list numerous, relatively obscure intersex traits with precision. They say that it’s fine, for example, for doctors to perform procedures on “on individual born with 46 XX chromosomes with virilization” or with “46 XY chromosomes with under virilization,” or on someone found to lack a “normal” “sex steroid hormone production, or sex steroid hormone action for a male or female.”

In recent years, groups like the Alliance Defending Freedom and the Heritage Foundation have helped set the conservative agenda against LGBTQIA rights. Neither organization immediately responded to VICE News requests for comment on whether they’d contributed to bills involving trans kids’ access to health care.

VICE News also reached out to the Family Policy Alliance, another conservative group that—alongside the Alliance Defending Freedom and the Heritage Foundation—is listed as a “leading national partner” for the group Promise to America’s Children, which is mobilizing against the Equality Act, a piece of federal legislation that would bolster LGBTQIA rights.

Robert Noland, the Family Policy Alliance’s communications manager, told VICE News that the organization doesn’t divulge details about its conversations with legislators. But, he said, “There’s been a number of lawmakers who’ve been asking about these things.”

Sean Saifa Wall, co-founder of the Intersex Justice Project, said that the exceptions for procedures on intersex kids make sense from conservative lawmakers’ perspectives. “They don’t want sex and gender diversity. They don’t want trans kids to be trans, and they want intersex kids to be funneled into either male or female and be surgically corrected accordingly.”

It’s not just the health care bills that could impact intersex children. Legislators in more than 30 states have also introduced proposals that would exclude trans kids from participating in sports that match their gender identity, according to a tally by the American Civil Liberties Union. These bills, which frequently bear titles like “Fairness in Women’s Sports Act,” police what women should look like (including, potentially, cis women who may be too tall, too strong, too fast).

“These sports bills would also impact someone like me,” said Bria Brown-King, who has XX chromosomes and whose body overproduces androgens in response to a lack of cortisol, leading them to develop male secondary sexual characteristics. “I played soccer in high school. These bills would mean that I wouldn’t have been able to do that or I would have to go through a long process of having to prove my sex. And that’s very traumatic.” 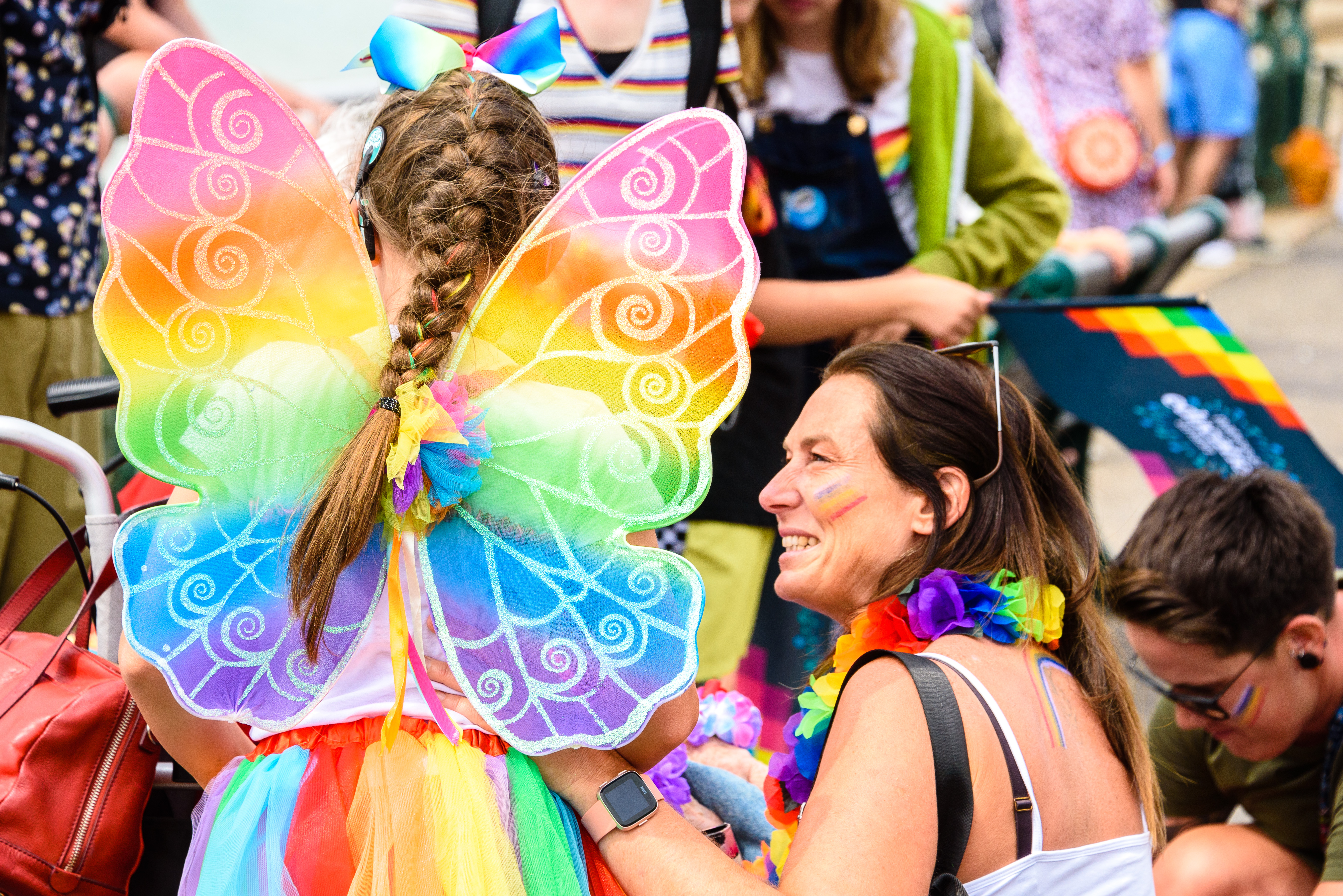 Effective Tips That Will Help Any Athlete Greatly Increase Their Endurance

Ngozi Okonjo-Iweala set to be first African boss of WTO