Mike Lindell, the CEO of MyPillow and uber spreader of election disinformation, attempted to launch his brand-new free-speech social network on Monday, promising, “It’s going to be the greatest place, we won’t be censored. Everyone is going to be able to get on there.”

Problem is, the site never came online, with Lindell claiming it was under a “massive attack.”

So instead of launching his new platform, Lindell started broadcasting and promised to stay on the air for 48 hours or as long as it takes to get his site back online. But even that didn’t go as planned.

At one point, Lindell was duped into believing former President Donald Trump was calling in to the show, and he took the call on speakerphone.

“Oh, we have our president here—our real president, everyone. Hello, Mr. President!” Lindell said before the caller began to recite a volley of curse words:

“See what they’re doing: They’re attacking us … they’re hacking into our phones,” he said, trying to recover. “It came from a legitimate number.”

Sitting next to Lindell on the live stream on Monday morning was Michael Flynn, the disgraced former national security adviser, who’s become a central figure of the QAnon conspiracy movement.

Within minutes of Flynn appearing on the broadcast, common QAnon phrases like “digital soldiers,” the “great awakening,” and “we the people” could be heard.

Joining Flynn and Lindell remotely was Ted Nugent, the former rock star who was a major Trump supporter and who called former President Barack Obama a “subhuman mongrel. Former Trump adviser Steve Bannon also appeared on the live stream, and Lindell flagged that right-wing commentators Diamond and Silk were also scheduled to appear later in the day.

As well as continuing to spread election disinformation, Lindell and his guest also took the time to share some anti-vax and anti-mask views.

Lindell’s social network “Frank” was scheduled to come online at 9 a.m. ET, but it never made it. The reason? “A massive attack,” according to Lindell’s Telegram channel. The MyPillow CEO didn’t elaborate on what type of attack was taking place or who was conducting it.

However, Lindell’s own supporters quickly pointed the finger, saying it was “probably hacked by the Dems.” Lindell said his team was prepared for this attack and was working hard to get the platform online.

Lindell has been hyping his new platform for weeks, making outrageous claims about its capabilities, including that some new users would somehow miraculously gain an audience 10 times what they had on other mainstream social networks.

The outrageous claims continued Monday morning during his livestream, with Lindell claiming that millions of people were tuned in to the broadcast, without providing any evidence to back up the claim.

Lindell also used the (attempted) launch of his new platform as the time to announce that he is suing Dominion Voting Systems for more than $1.6 billion in damages. Dominion is the voting machine company that in February announced a $1.6 billion lawsuit against Lindell and MyPillow for defamation over election-fraud claims. 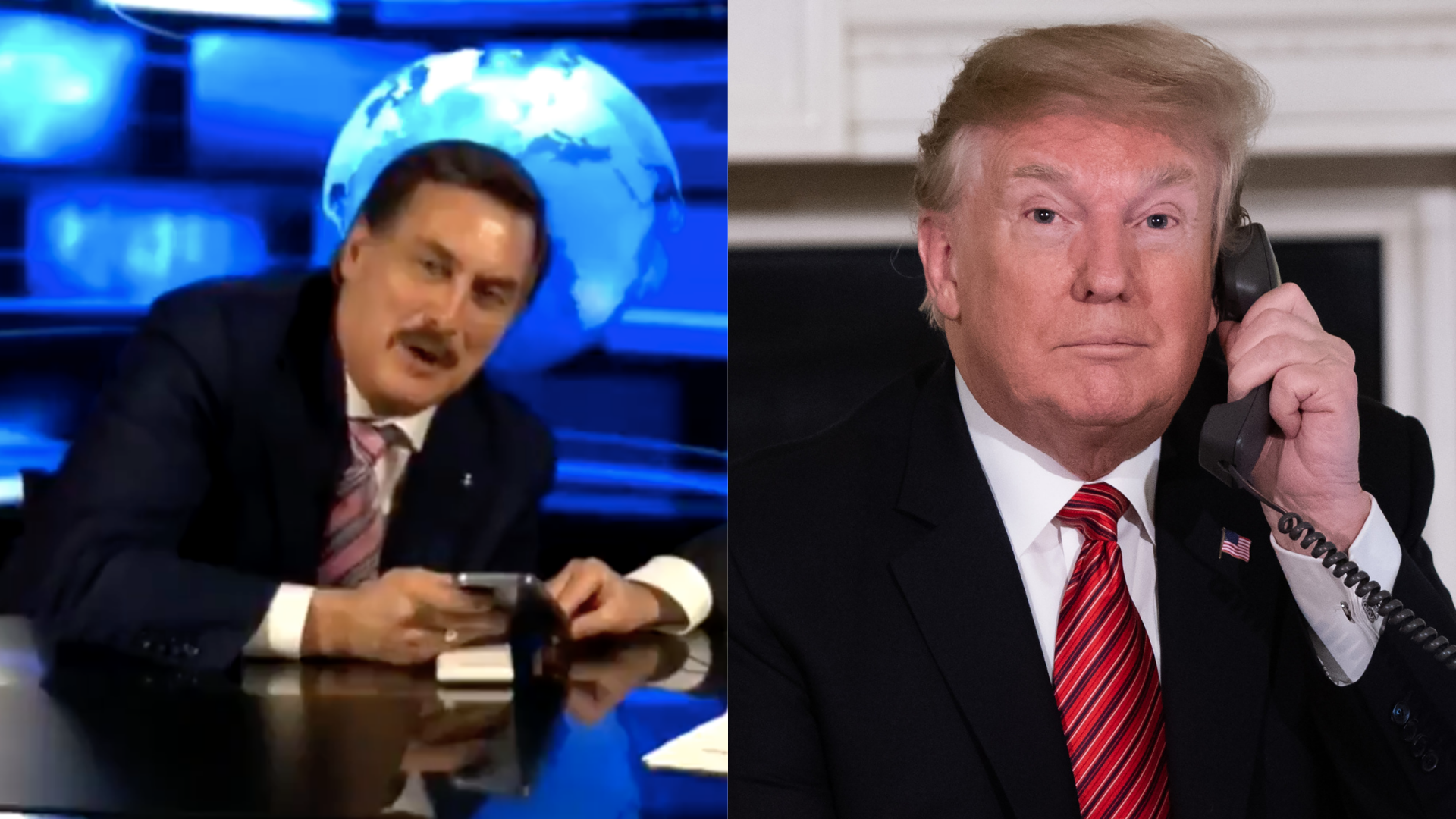 A School Got a COVID Case Days After Starting In-Person. It’s Still Open.