A Florida police union’s night of celebration ended with one female union employee trying to fight off a cop as he sexually assaulted her, police records allege.

On Friday, police arrested John A. Jenkins, 50, a lieutenant with the Miami-Dade Police Department who served as vice president of the South Florida Police Benevolent Association. Jenkins has been charged with one count of sexual battery and one count of attempted sexual battery in connection with the events of April 25.

Jenkins’ bail has been set at $20,000. He has resigned from his position at the union, according to a statement by South Florida Police Benevolent Association President Steadman Stahl to a Miami NBC outlet.

Jenkins’ lawyer has described what happened on April 25 as “consensual.”

“This incident involves two consenting adults who have known each other for many years,” his attorney, Heidi Perlet, told the Miami Herald in a statement. “Anything that may have occurred was consensual. A married man who is invited by a married woman to her hotel room after a day of partying and drinking at a PBA event, may be poor judgment, but is certainly not rape.”

But a probable cause police affidavit, obtained by VICE News, paints a very different picture—one of a harrowing sexual assault, corroborated by phone logs, surveillance footage, and accounts from witnesses. A DNA test has also linked Jenkins to the alleged assault.

After a South Florida Police Benevolent Association gala at the Trump National Jupiter Golf Club, the female employee and alleged victim—who is unnamed in the affidavit—returned to the hotel bar at the PGA National Resort & Spa in Palm Beach Gardens, along with several other people. Eventually, she decided to head back to her room. That’s when Jenkins, volunteered to walk back with her, according to the affidavit.

Surveillance footage from the hotel captured the pair walking towards the woman’s room. Then, “Jenkins seemed to push his way into the room out of camera view,” the affidavit recounts.

Once inside the room, Jenkins pushed the woman up against a wall, according to the police affidavit. Between forcing kisses on her, Jenkins told the woman that he’d “had a crush on her for some time,” per the affidavit. He allegedly attempted to force her head downwards, towards his exposed penis, but the woman resisted.

Instead, he pushed her onto the bed and ripped off her underwear, despite the woman’s repeated pleas for him to stop, according to the affidavit.

“You’re married, your wife and kids are in the hotel,” the woman allegedly told Jenkins.

Jenkins started to forcibly perform oral sex on her, according to the affidavit. During the alleged assault, the woman managed to furtively text her friend and boss, Matt Puckett, executive director of the Florida Police Benevolent Association.

Her texts were a string of desperate cries for help: “Help me right noe.” “Now.” “Please.”

Police have reviewed these messages on the phones of the alleged victim and Puckett, who both corroborated the texts in statements.

At one point, the woman told Jenkins that she had to pee, according to the affidavit. She texted Puckett again from the bathroom: “Help.”

Puckett had been sleeping when the woman’s texts started coming through, he later told police in a statement. He tried calling her, to no answer. After checking out the hotel bar, Puckett called the woman. This time, she picked up—but didn’t say anything. Instead, inside the bathroom, the woman hid the phone in her dress and left the call on. Through the phone, Puckett told police that he heard the woman say, “Don’t do this, you’re married.”

“What the fuck is going on?” Puckett yelled into the phone, but no one replied to him.

Puckett then showed up at the woman’s hotel room door, according to the police affidavit, and heard Jenkins’ voice. He started to knock on the door.

Inside, Jenkins was panicking, per the affidavit. “Matt Puckett is at the door,” he told the woman. “Tell him you’re at the bar.”

That’s when the woman took the opportunity to run for the door. The woman, Puckett told police, had an “oh, fuck” look on her face.

“He raped me,” the woman told Puckett, per the affidavit. Puckett called other union officials, then called the police.

Surveillance footage from the hotel showed Puckett and the woman, walking down the hallway after she left the hotel room. The woman appeared to be crying. It also showed Jenkins leaving the woman’s room afterwards, according to the affidavit.

The woman underwent a rape kit the same day of the alleged assault. The DNA found in that kit matched a sample police obtained from Jenkins.

“The South Florida PBA is appalled and deeply saddened by the charges against Lt. Jenkins,” Stahl, of the South Florida Police Benevolent Association, said. “We take these charges very seriously and are cooperating with this investigation fully. Because this remains an ongoing investigation, we are unable to comment further and ask that any additional media inquiries be directed to the Palm Beach Gardens Police Department.”

Jenkins has worked for the police department since 1996, according to the Miami Herald. His arrest, Ramirez said, “has brought a sense of disappointment that is immeasurable.”

“This is a serious matter,” Ramirez added. “I am confident that the City of Palm Beach Gardens Police Department will continue to carry out a thorough investigation.” 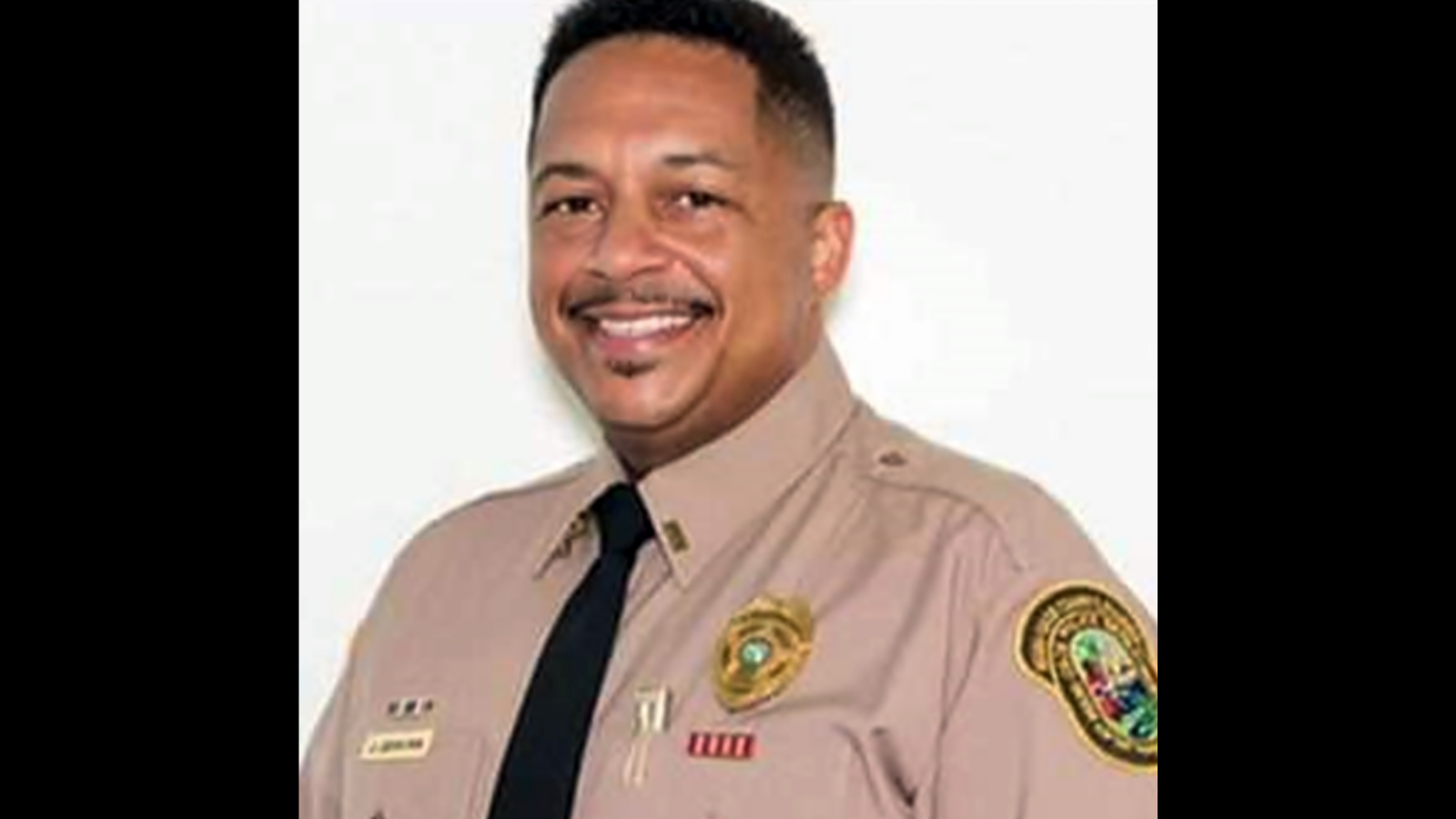 My Money: ‘My mate spent £6 on four Hula Hoops packs’