People are seen at a protest against masks, vaccines, and vaccine passports outside the headquarters of the Centers for Disease Control (CDC) on March 13, 2021 in Atlanta, Georgia. (Photo by Elijah Nouvelage/Getty Images)

We’re halfway through 2021, and yet people posing as medical experts are still insisting that there’s some sort of nefarious overlap between 5G internet, magnets, COVID-19, and vaccines.

In a bizarre hearing at the Ohio Statehouse, osteopath and anti-vaxxer Sherri Tenpenny, who has built a career around peddling disinformation about vaccines, testified in support of a bill that would prevent businesses or the government from requiring vaccinations.

Tenpenny, who happens to be Infowars’ Alex Jones’ favorite “expert” on vaccines, was especially worried about people getting forks and spoons stuck to them after getting the COVID-19 vaccine.

“I’m sure you’ve seen the pictures all over the internet of people who have had these shots and now they’re magnetized,” Tenpenny testified. “They can put a key on their forehead. It sticks. They can put spoons and forks all over them and they can stick, because now we think that there’s a metal piece to that.”

An anti-vaccine nurse also testified at the hearing, during which she tried to demonstrate her newfound magnetism due to the COVID-19 vaccine.

“You were talking about Dr. Tenpenny’s testimony about magnetic vaccine crystals?” said Joanna Overholt, pointing to her chest where a key appears to be stuck.  “Explain to me why the key sticks to me.” She then attempts to show that the key sticks to her neck as well, but it fails to adhere. “Any questions?” she asked, in conclusion.

Amid (false) rumors about COVID-19 vaccines turning people magnetic, the CDC had to put out a statement clarifying that the shots don’t in fact make people magnetic. The accompanying image of the statement shows a man, and a magnet that’s apparently being drawn to him, with a big red cross next to it.

Medical experts across the board have repeatedly warned about the real-world harm caused by anti-vaccine conspiracies, saying that they’re partly to blame for lingering vaccine hesitancy, which is preventing the U.S. from reaching herd immunity in its fight against COVID-19.

At Tuesday’s hearing, Tenpenny also trotted out a well-worn conspiracy theory—that 5G wireless technology has something to do with COVID-19 or vaccines. In the early days of the pandemic, conspiracy theorists were blaming the virus on high-speed internet (which sparked a wave of coronavirus “truthers” torching 5G towers, especially in the UK). Then, conspiracy theorists argued that Bill Gates was part of a Deep State plot to engineer a vaccine, which would interface with high-frequency waves from 5G cell-phone towers and dust sprinkled from chemtrails, to transform human beings into robots.

“There’s been people who have long suspected that there’s been some sort of an interface, ‘yet to be defined’ interface, between what’s being injected in these shots and all of the 5G towers,” Tenpenny asserted.

Reporter Tyler Buchanan from the Ohio Capitol Journal posted a video of the hearing, noting that this was just the latest in a string of bizarre testimonials in the Ohio statehouse from self-described experts and lawmakers alike promoting disinformation about COVID-19. He assembled clips from past hearings in a thread, including one from December, in which a state GOP senator, who is a physician, likened the spread of the virus to any natural phenomenon. “If you think there was some way to stop this virus, tell me how you stop the tide,” said Sen. Terry Johnson. “Tell me how you stop the wind.” 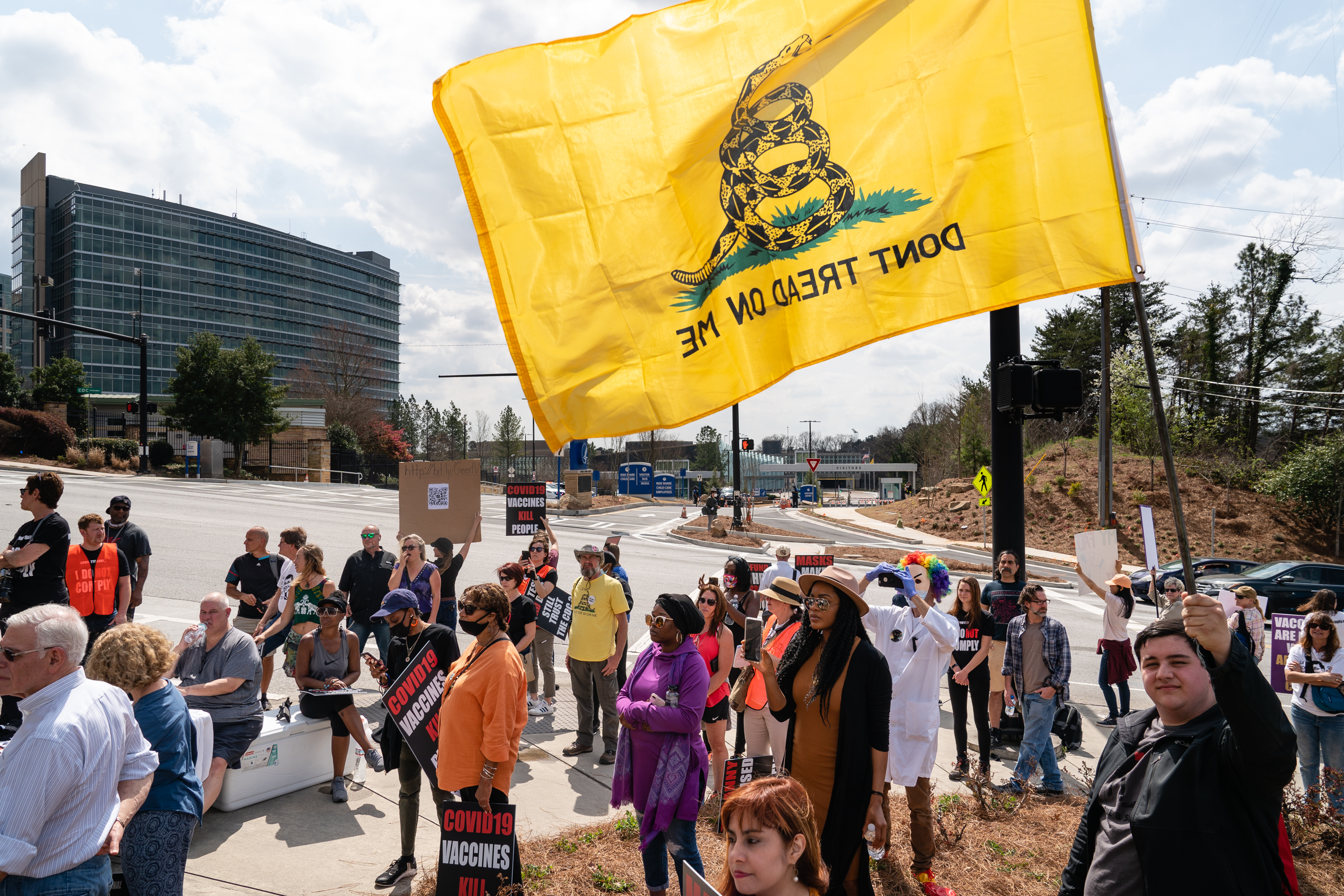