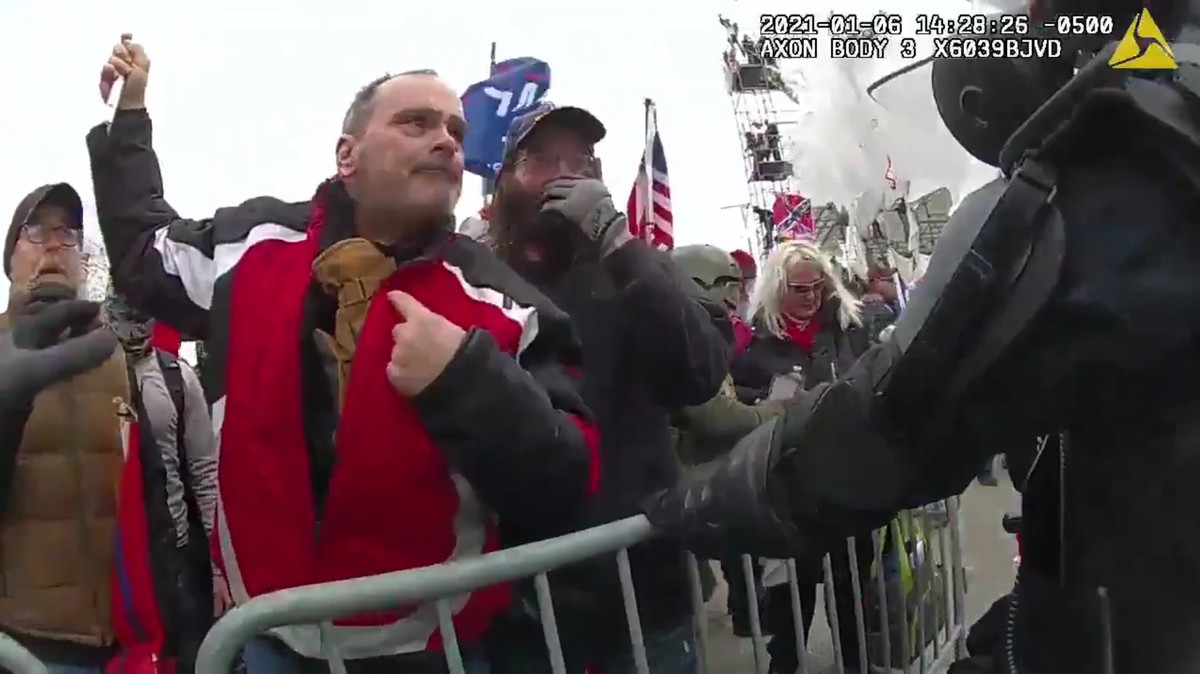 Thomas Webster, a retired NYPD officer and Marine Corps veteran, is allegedly shown in the video screaming at MPD officers outside of the Capitol on January 6. A nearly-minute-long clip published by CNN, which obtained the video, shows Webster threatening MPD cops at police barricades.

Webster, who lives in White Plains, New York, was arrested in February and charged with seven counts, including assaulting officers with a dangerous weapon and an act of physical violence within the Capitol grounds. He has pleaded not guilty.

“You fucking piece of shit. You fucking commie motherfuckers,” Webster screams at the officers, who were identified as MPD officers in a prior sworn affidavit by an FBI agent that included screenshots of the video.

“You’re going to attack Americans? No, fuck that…come on, take your shit off,” he continues, before pushing the barricade into the officer wearing the body camera, identified as “N.R.” in the aforementioned filings.

The man identified as Webster then swings the pole at the officer wearing the body camera multiple times before rushing at the officer. They wrestle over the flagpole, which had a Marine Corps flag attached to it, and eventually the man is shown on top of the MPD officer. The alleged assault lasted approximately 10 seconds, according to the FBI affidavit.

The MPD officer told the FBI that the man “attempted to rip off N.R.’s helmet, and that he was being choked by his chin strap and was unable to breathe during this portion of the assault.”

In addition to the bodycam footage, screenshots posted to Twitter showing a different angle of the alleged assault show the man identified as Webster grabbing at the MPD cop’s mask.

So far more than 400 people have been charged with over 2,000 crimes in connection with the Capitol riot, according to the Washington Post. 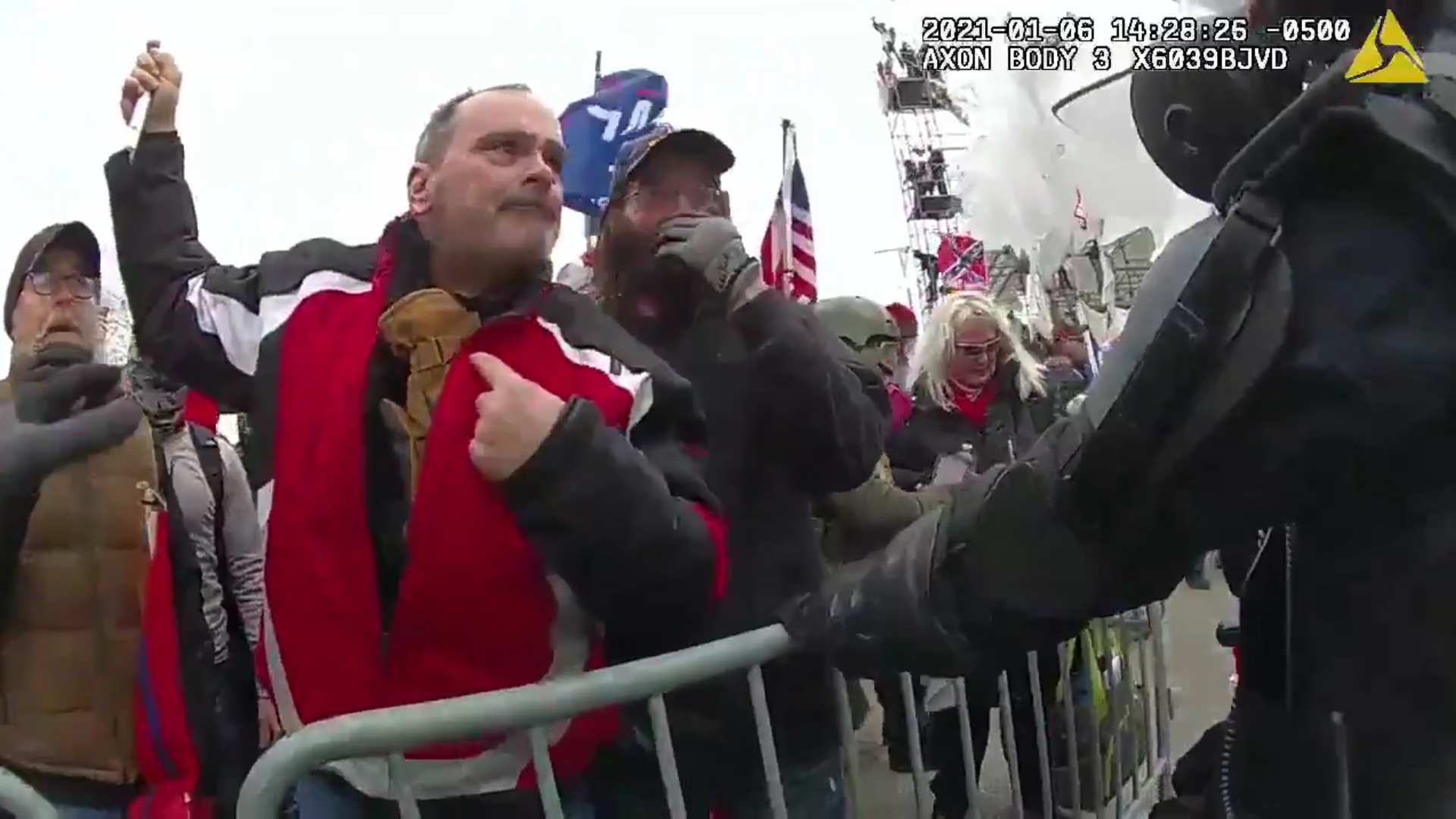