Rhode Island Sen. Sheldon Whitehouse was cornered on Friday by a reporter with GoLocal Providence and asked if the ritzy Bailey’s Beach Club, where he and his wife are members, remained exclusively all-white or if they had admitted any minority members in recent years.

“I think the people who are running the place are still working on that and I’m sorry it hasn’t happened yet,” Whitehouse replied.

When the reporter followed up to ask whether all-white clubs like Bailey’s Beach Club “should continue to exist,” he seemed to grow defensive.

“It’s a long tradition in Rhode Island and there are many of them and I think we just need to work our way through the issues,” Whitehouse said before ending the brief interview with a “thank you” and walking off.

A Whitehouse spokesman insisted that Bailey’s Beach Club, officially known as the Spouting Rock Beach Association, wasn’t all-white, but repeatedly refused to offer any evidence of that claim or explain the apparent discrepancy between Whitehouse’s own remarks and his claim.

“The club has no such restrictive policies. The club has had and has members of color,” Whitehouse Communications Director Rich Davidson told VICE News in an email.

Davidson ignored multiple texts and emails asking for clarification on how his comments squared with his boss’s, except to praise Whitehouse’s civil rights record.

“Senator Whitehouse has dedicated his entire career to promoting equity and protecting civil rights, as his record shows,” he said.

The club itself was even less helpful.

“I’m not giving you my name and I still have no comment,” that person said when VICE News called back, before hanging up a second time.

This isn’t the first time Whitehouse has been pressed on his membership in an organization that describes itself on its website as “an exclusive private beach club” and is one of the oldest and most exclusive clubs in the country.

Whitehouse reportedly said when he first ran for the Senate in 2006 that he was cutting ties with both Bailey’s Beach Club and Newport’s The Reading Room, another exclusive club that at the time was all-white and all-male. But GoLocal reported in 2017 that he’d instead just transferred his stock in the club to his wife, making her one of the largest stakeholders in the exclusive institution.

In 2017, GoLocal uncovered that he’d violated his pledge and asked Whitehouse about his ongoing membership.

“I think it would be nice if they changed a little bit, but it’s not my position,” Whitehouse told the publication.

When asked if he would pressure the club to push for diversity at the all-white club, Whitehouse said, “I will take that up privately.” 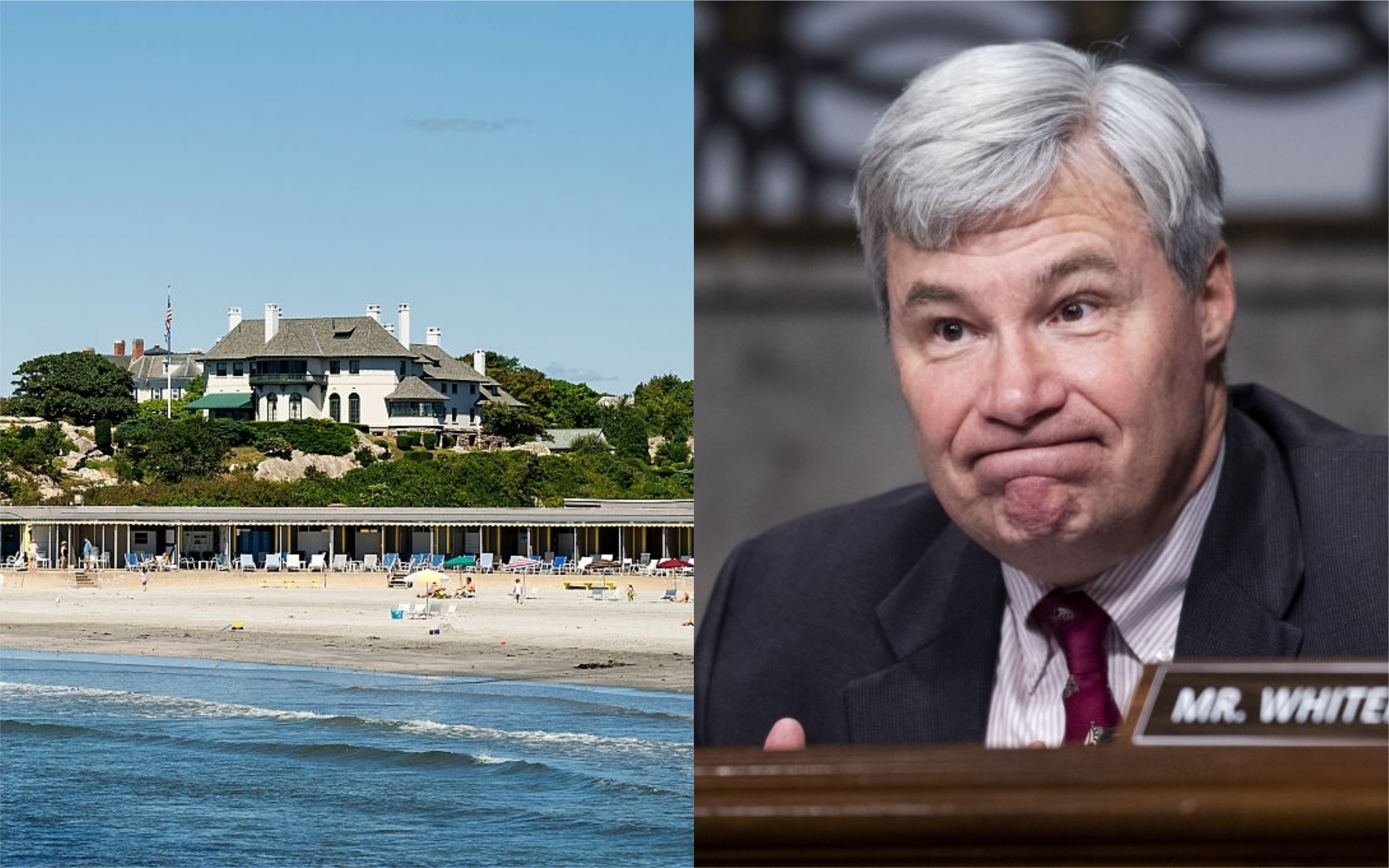 We Might Not Know Who Controls the U.S. Senate for Months