For 11 minutes today, Jeff Bezos wasn’t just the richest man in the world; he was the richest man in space. But following Bezos’ successful launch, at least one politician in D.C. wants to see accountability from Amazon’s billionaire founder and others interested in the commercial space race.

Rep. Earl Blumenauer, a Democrat from Oregon, announced Tuesday that he plans to go after billionaires who are commercially flying into space, like Bezos and SpaceX’s Elon Musk. The tax, called “The Securing Protections Against Carbon Emissions (SPACE) Tax Act,” would charge a fee to those entering space for non-scientific reasons, and charge on a per-passenger basis.

“Space exploration isn’t a tax-free holiday for the wealthy. Just as normal Americans pay taxes when they buy airline tickets, billionaires who fly into space to produce nothing of scientific value should do the same, and then some,” said Blumenauer. “I’m not opposed to this type of space innovation. However, things that are done purely for tourism or entertainment, and that don’t have a scientific purpose, should in turn support the public good.”

Bezos’ flight was anything but scientific. Onboard were three other civilians—and not onboard was an anonymous ticket buyer who paid $28 million for a ticket but canceled because of an alleged scheduling conflict. Having only four people on board made for an exclusive crew, though that also posed environmental issues.

In his statement, Blumenauer noted that while rockets and trans-Atlantic flights leave about the same carbon footprint on the Earth’s climate—approximately one ton of carbon per passenger—there are significantly more passengers on a commercial airline flight.

In a automate your posting-flight conference, Bezos, sporting a cowboy hat and jumpsuit, thanked Amazon’s employees and customers for funding the trip.

The comment drew harsh criticism because of Amazon’s notoriously horrendous working conditions that have resulted in workers peeing in water bottles to keep on schedule and driving recklessly to make deliveries.

But, despite the environmental impact and over-the-top display of wealth amid unemployment and general despair, Bezos did say the space trip constituted his “best day ever.” So at least there’s that. 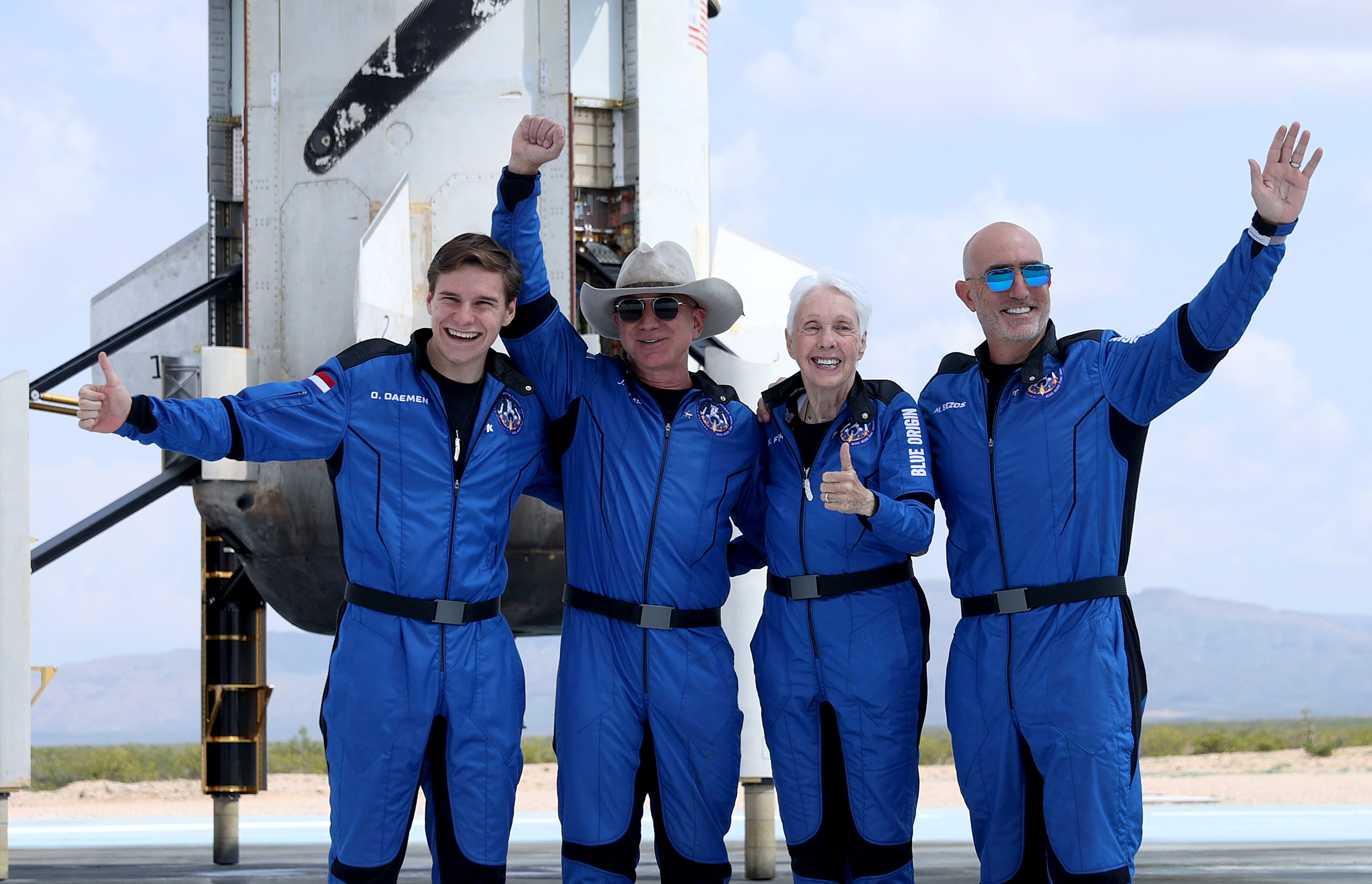 Your Boss May Be Watching You Work From Home