A recently installed surveillance camera stands on the East Front of the U.S. Capitol on September 13, 2021 in Washington, DC. (Photo by Drew Angerer/Getty Images)

Six months after a Capitol Police officer was accused of reading a notorious anti-Semitic text at his desk, an investigation has concluded the accusation was true and the officer has been disciplined.

The United State Capitol Police (USCP) told VICE News exclusively that the matter was “thoroughly investigated and the allegations were sustained.” As a result the officer has been disciplined but the Capitol Police refused to say what the punishment entailed.

Disciplinary action could include anything from a warning right up to termination.

A law enforcement source with knowledge of the investigation but who was not authorized to speak on the record, told VICE News that the officer was found guilty of “neglect of duty” and that the investigation found “there was no evidence that he was a believer in the ideology.”

The case can be appealed but even if the findings are upheld, a Capitol Police spokesperson said it was unlikely that the disciplinary measures would be made public at that point.

The investigation was launched in March after Zach Fisch, the chief of staff to freshman Democratic Rep. Mondaire Jones of New York, spotted the text as he was leaving the Longworth House Office Building.

“As I left my office in Longworth yesterday, I discovered something that, as a Jew, horrified me,” Fisch tweeted at the time. “At the United States Capitol Police security checkpoint, someone had left vile anti-Semitic propaganda in plain sight.”

The document was a printed out copy of the “Protocols of the Elders of Zion,” a century-old anti-Semitic pamphlet written by Russian propagandists in 1902 that claimed a group of Jews was plotting to take over the world.

Central to this was the blood libel, the claim that these Jews were kidnapping Christian children to slaughter them, drain their blood, and mix it with the dough for matzos consumed on Passover. The pamphlet was used as a propaganda tool by everyone from Henry Ford to Adolf Hitler, and it’s been repackaged once again by QAnon.

At the time Fisch said the printed copy was “tattered” and “over two years old” raising questions for him such as: “Had it been passed around?” and “How many other USCP officers share these beliefs?”

The USCP did not provide any details about whether this material had been shared by other officers, however the law enforcement source speaking to VICE News said the officer had been given the document by someone outside the force, and there was no indication that it had been shared amongst other officers.

The officer, who has not been named, was suspended days after the allegation was made and an investigation was opened by the police department’s Office of Professional Responsibility.

Fisch told VICE News that he had “not heard anything since a week after the investigation commenced.”

This investigation was likely delayed due to the fact the Capitol Police had opened 38 separate investigations into the actions of its officers leading up to and during the Capitol riots on Jan .6.

Last weekend the USCP issued the findings from those investigations, which recommended that six officers should face disciplinary measures but none of them should face criminal charges.

Just like the officer who was reading the “Protocols of the Elders of Zion” at his desk, the names of the six officers being disciplined were not released and neither were any details about the incidents they were involved in because “internal investigations, including any recommended disciplinary actions, as well as personnel matters are not public information”  the USCP said in a statement.

Unlike police departments across the country, the Capitol Police are not subject to the 1966 Freedom of Information Act, which mandates that federal agencies disclose a large amount of government information to the public.

This is the reason why the Capitol Police have not released the name of the officer who shot and killed Trump supporter Ashli Babbit during the Jan. 6 riots. 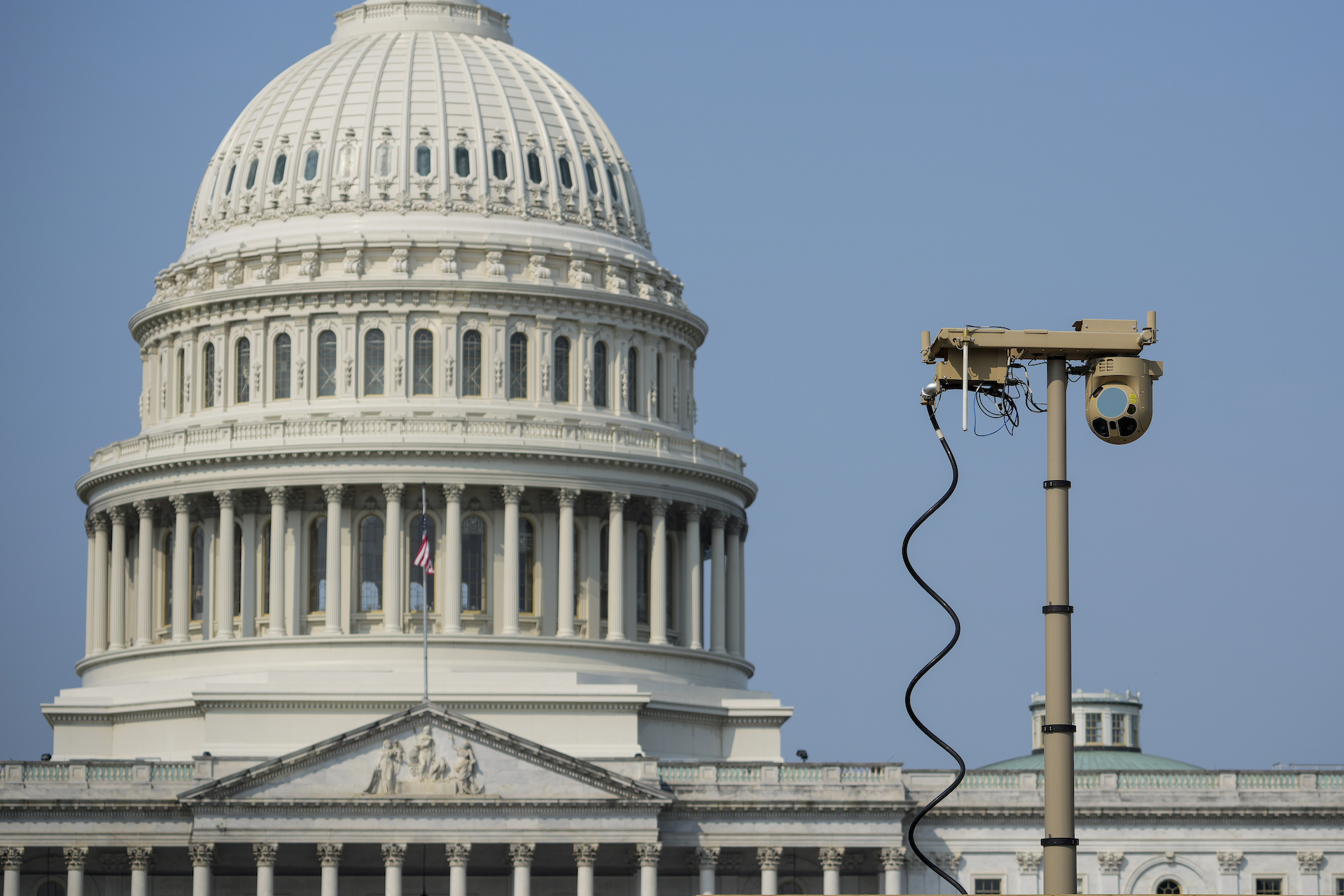 CPAC 2021: Trump’s Republican Cult Is Throwing Its Biggest Rager Yet