Miami Police Chief Art Acevedo attends SOSCuba rally in support of the demonstration for Freedom in Cuba at Versailles restaurant in Little Havana on July, 14, 2021 in Miami, Florida. (Photo by Manny Hernandez/Getty Images)

Art Acevedo had a busy six months as the chief of the Miami Police Department: He unknowingly took a photo with a Proud Boy, said the city was run by “Cuban mafia,” and made enemies for pushing the COVID vaccine on officers.

Now, the city has suspended Acevedo and will likely fire him this week.

Acevedo’s suspension letter, which was posted online by WPLG reporter Glenna Milberg, recounts several reasons the city wants to sever ties and basically served as a highlight reel of his biggest gaffes since taking the position in April: his use of offensive language when interacting with civilians, not properly reporting vacation days, and saying Miami was run by the “Cuban mafia.”

The phrase, which Acevedo said last month during a department roll-call meeting, was once used by Fidel Castro in reference to Cuban immigrants who fled to Florida during his takeover of the country. Acevedo later apologized for the comment on Twitter.

The document makes no mention of one of his other high-profile blunders, where he posed for a photo with a Florida Proud Boy who’d later face charges in connection to the Jan. 6 riots.

“Obviously, I had no idea who that man was,” Acevedo told the Miami Herald in July. “It was a 10-second interaction. I hope the federal judge pays close attention to his actions.”

Acevedo also lost the confidence of his own officers, many of whom took issue with his pro-COVID-19 vaccine stance. Acevedo spoke openly about favoring a mandate and enforcing reprimands on officers who refused to take the shot. Miami City Manager Arthur Noriega says Acevedo had no grounds to speak on those kinds of decisions without the city’s authorization. His comment resulted in the local Fraternal Order of Police casting a vote of no confidence in Acevedo.

“Relationships between employers and employees come down to fit and leadership style, and unfortunately, Chief Acevedo is not the right fit for this organization,” Noriega said in a statement Monday. “It is now time to move forward with the search for new leadership at MPD.”

Though Acevedo’s recent months as a police chief didn’t go as planned, it wasn’t always like this. During his time as Houston’s first Latino chief of police, the Cuban-American cop was once heralded as a vocal, pro-reform personality who understood national calls for reform following the murder of George Floyd. In fact, Miami’s mayor called him the “best chief in America” around the time of his hiring, according to NPR. 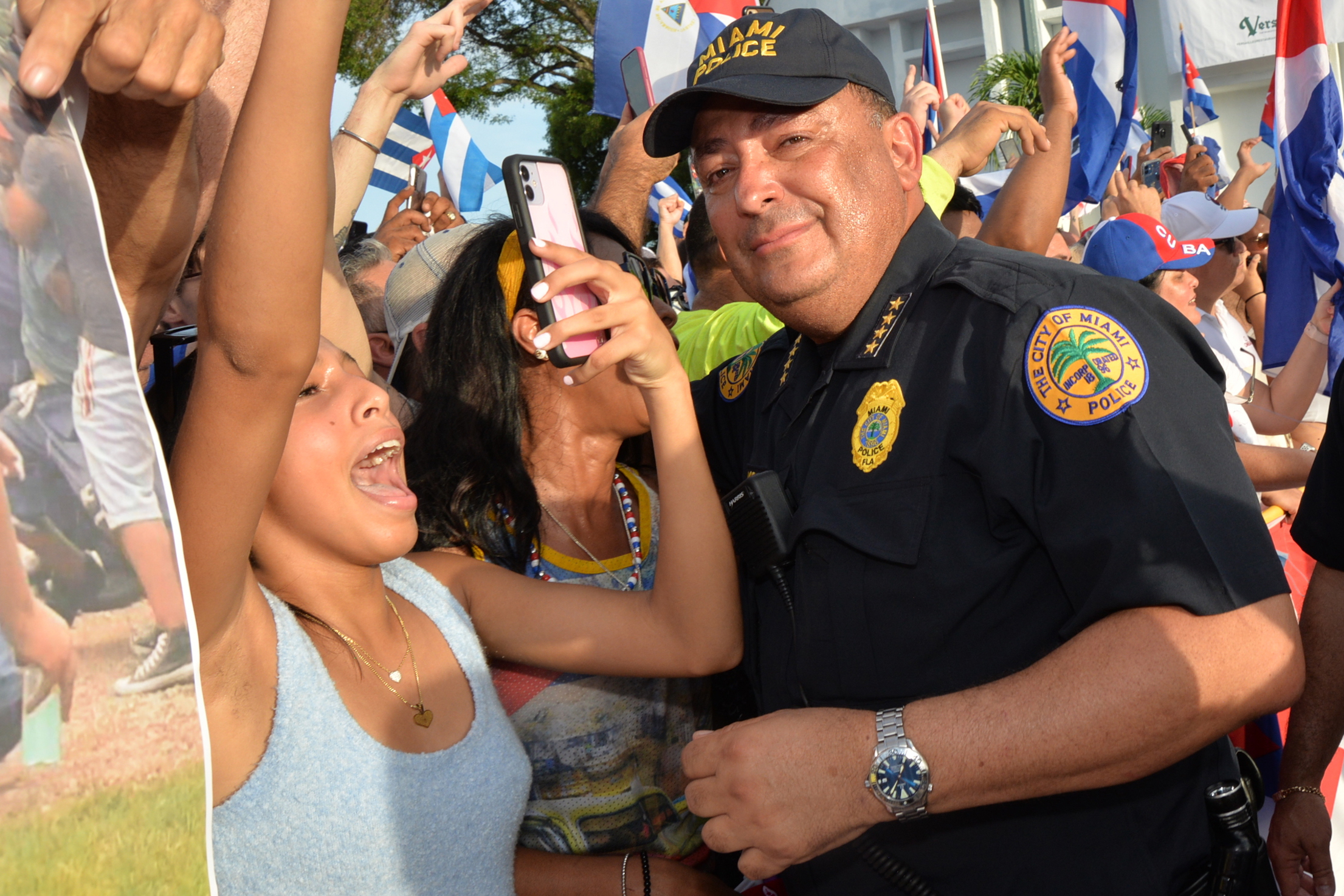 Here’s Why Trump’s Praise of QAnon Is So Dangerous