What happened to Miya Marcano was a nightmare, unimaginable to most. After the 19-year-old rebuffed a maintenance worker’s romantic advances at her Orlando apartment complex, he allegedly used a master key to enter her unit late last month, killed her, then left her duct-taped body in a wooded area, according to police.

But for some women, at least one part of Marcano’s case seemed eerily familiar: unwanted attention—if not outright sexual harassment—from apartment maintenance staff.

Landlords, property managers, and repairmen have long been able to uniquely exploit vulnerable tenants who rely on them for safe housing. In some cases, they’ve flexed their ability to just show up inside women’s homes to force unwanted interactions or even watch them. Preyed-upon women often feel they have no choice but to put up with it.

Marcano’s death was a wake-up call.

Now, horrified tenants at the complex where Marcano lived and worked, Arden Villas, are demanding a change. They want better safety measures, including a ban on master keys and unsolicited maintenance visits—as well as the ability to break their leases and a refund on their rent payments from September and October, since many residents have had to purchase safety and security devices.

“For years, residents have reported inappropriate behavior of the maintenance men that enter their apartments,” alleges a petition tenants started against the complex and its owner, The Preiss Company, which has already gathered nearly 45,000 signatures.

“Yet they did nothing, and now Miya is dead,” reads the petition, referring to Arden Villas.

“There was just something that made so many of these young ladies realize that could have easily been them,” said Daryl K. Washington, an attorney for the Marcano family. “It’s very frightening to go to sleep at night knowing that the manager of a large apartment complex is giving somebody unsupervised access to the apartment.”

Arden Villas, which did not immediately respond to VICE News’ request for comment, said in a statement posted to its Facebook page last week that it joined tenants in their “sadness, loss, and pain.” The complex, which previously defended its background checking process in a statement to the Orlando Sentinel, also acknowledged tenants’ list of demands and said it’d respond in a “more expansive manner” soon.

Unlike inappropriate behavior in the workplace, sexual harassment in housing never had its #MeToo moment. So it persists in the shadows, often victimizing low-income women of color. But it’s also “extremely” under-reported, so it’s difficult to say just how prevalent it is, according to Sandra Park, a senior staff attorney for the American Civil Liberties Union’s Women’s Rights Project.

While people can be victimized in a variety of ways—sometimes landlords offer deals on rent if a tenant has sex with them or make apartments uninhabitable to force a renter into acquiescing to their advances—entering someone’s unit without permission seems to be a common thread. Since the Department of Justice announced its sexual harassment in housing initiative in 2017, it’s repeatedly cropped up in fair housing lawsuits.

In one federal case, an Oklahoma landlord was accused of repeatedly asking a female tenant “to engage in sexual acts.” When she refused, he allegedly started letting himself into her apartment unannounced. After she fell behind on rent, he was able to coerce her into oral sex to eliminate her debts, according to the Justice Department’s complaint.

Last year, tenants in Arkansas also sued their property management company over allegations that it continued to employ a maintenance worker who sexually assaulted multiple women—and at least one child—after showing up inside their apartments, which he could access with a master key.

In this file photo, Sheriff John W. Mina shows photos of Armando Manuel Caballero during a press conference on the case of missing 19-year-old Miya Marcano at the Orange County Sheriffâs Office Central Operations, on Sept. 27, 2021. Caballero had been named a person of interest in the case, and was found dead in an apartment complex in Seminole County, Florida. (Ricardo Ramirez Buxeda/Orlando Sentinel/Tribune News Service via Getty Images)

Since Marcano’s death, many women have turned to social media to tell their own stories of maintenance workers inappropriately entering their apartments, too. One person tweeted they’d had a maintenance worker come in while they were asleep, while a reporter shared that a repairman once entered her unit while she was showering. Another person alleged maintenance staff hid a camera in their apartment.

In a viral tweet, one person ultimately suggested that tenants buy smart locks and linked to a specific brand that offers special access codes and a fingerprint sensor—“for my ladies down to break the law for your safety,” she wrote. Scores of people shared their own strategies in reply.

“It is supposed to be your home where you feel secure, and when you’re being harassed there, the sense of danger and vulnerability is often greater,” Park said. “People can’t even imagine how to report that without jeopardizing their housing.”

A 2021 lease for a unit at Arden Villas, which was shared with VICE News, noted that tenants couldn’t install additional locks without written permission and that even in circumstances where it was allowed, they’d have to give the landlord a key.

‘This is not unusual behavior’

Orange County Sheriff John Mina said in a press conference last week that law enforcement believes that the maintenance worker allegedly responsible for Marcano’s death, Armando Caballero, entered her unit and waited for her to get off work the day she went missing, Sept. 24.

By 9:23 p.m. that day, the family had called authorities to say they couldn’t reach her. Hours later, relatives confronted Caballero themselves and accused him of sending “obsessive” texts as he spoke to a sheriff’s deputy, according to a video they released last week.

But Caballero was never detained. Before deputies could question him about his alleged role in Marcano’s death, he killed himself.

Marcano’s cause of death has not yet been released, but police said her body showed no indication that she was sexually assaulted, though she was discovered without her shirt on.

“It’s very frightening to go to sleep at night knowing that the manager of a large apartment complex is giving somebody unsupervised access to the apartment.”

Her family, however, believes her killing was preventable. Marcano had shown co-workers “out-of-control” texts from Caballero, according to Washington. Caballero had also engaged in similar behavior at another apartment complex where he’d worked previously, according to Washington; a woman once discovered him inside her apartment as she came out of the shower. At Arden Villas, he’d allegedly made people uncomfortable by taking pictures of people at the swimming pool, though it’s not yet clear whether any tenants accused him of sexual harassment, specifically.

Tenants at Arden Villas have also spoken up about inappropriate behavior from other maintenance staff, according to their petition.

Even when the behavior from workers wasn’t explicitly malicious or intended as harassment, renters nonetheless felt unsafe when people entered their homes without warning. Julia Veiga, an Arden Villas tenant and petition organizer, said that her roommate once told her that people had previously come into the apartment, unannounced, while they were undressed.

Since Marcano’s death, Veiga got a $200 security camera, and other people have purchased them, too.

“This is not unusual behavior,” said Veiga, a graduate student at the University of Central Florida. “People have been coming to us with stories remarkably similar. Especially women.”

Marcano’s family—which supports the tenants’ efforts to seek change—is now hoping for reform that could make renters safer, including a law that would limit workers’ widespread access to key fobs, provide greater notice when a maintenance worker has to enter an apartment, and require written confirmation before that kind of access is granted, according to Washington. They want the issue elevated to Washington, D.C., too.

“It’s been very disheartening to hear these complaints coming from young college students, primarily young ladies, who are basically in fear,” Washington said. “Many of them thought it was just really the norm that a maintenance worker just walks into their apartment unannounced.”

In lieu of greater policy changes, tenants should know a few things they can do to protect themselves, according to Jeffrey Hussey, the director of public interest and litigation for Community Legal Services of Mid-Florida.

If a landlord or maintenance person wants to enter an apartment for something that’s not an emergency, they owe tenants a 12-hour notice, at least. Tenants who fear violence or think they’re getting stalked by a maintenance person can seek a temporary restraining order, while renters facing sexual harassment can file a discrimination complaint under the Fair Housing Act directly with the feds.

Though Washington didn’t reveal whether Marcano’s family planned to sue Arden Villas, he noted: “I’ve not made it a secret that the family plans on holding everyone who played a role in Miya’s disappearance accountable. 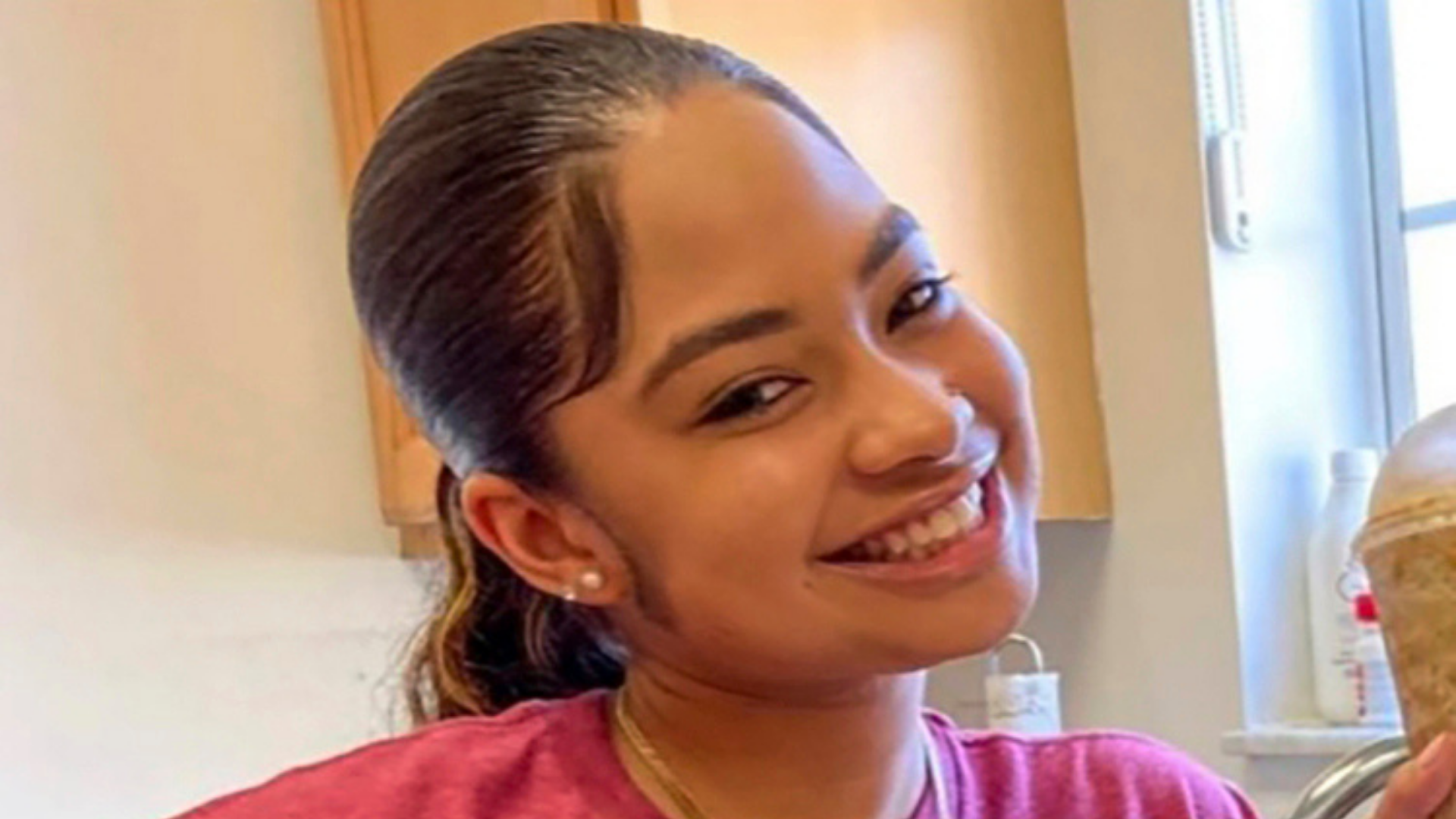