Griner told the judge that the cannabis-oil cartridges found in her luggage at a Moscow airport were packed by mistake because she was rushing, according to the AP. Griner faces up to 10 years in prison, but her attorney, Alexander Boykov, says they’re hoping she’ll receive a lenient sentence as a result of her plea.

Griner did not comment further in court, adding that she would need time to prepare her testimony. Her next court hearing is scheduled for July 14.

Griner, a two-time Olympic gold medalist and WNBA All-Star center for the Phoenix Mercury, was detained at Sheremetyevo Airport on Feb. 17 after Russian customs found less than a gram of cannabis oil, an illegal substance in Russia, in her bag. Airport security footage made public weeks after her detention showed Griner being pulled aside by a customs agent who found the items in her luggage after she placed it on a conveyor belt for bag check.

During her trial, which began last week after more than a month of delays, Russian prosecutors argued Griner purposely tried to smuggle the drugs into the country, according to Russian state news agency Tass.

Her detention came just days before Russia’s invasion of Ukraine, leading some U.S. scholars and experts to believe her arrest to be a strategic move by Russia to take a high-profile political prisoner. Her detention is particularly harrowing as she is also Black and gay, two communities Russia has a history of treating unfairly.

The U.S. says it’s actively working on Griner’s safe return, even as updates on her status have become more sporadic. But the public’s fervor over her detention has increased in the weeks since her trial was first delayed last month. Celebrities, fellow WNBA players, and Griner’s wife Cherelle have voiced their frustrations over her continued captivity and called for more substantial intervention from the U.S. government.

Even Griner herself wrote a letter to President Biden on July 4 pleading for her freedom and saying she’s terrified she could be stuck in a Russian prison forever.

“I realize you are dealing with so much,” Griner told Biden in the letter. “But please don’t forget about me and the other American detainees. Please do all you can to bring us home.”

Since Griner’s arrest, conversations about WNBA players having to work overseas in order to make a living comparable to their male counterparts in the NBA have resurfaced. Griner, who was being paid four times her American salary by Russian basketball leagues, is just one of many female athletes who play overseas in the WNBA’s off-season. 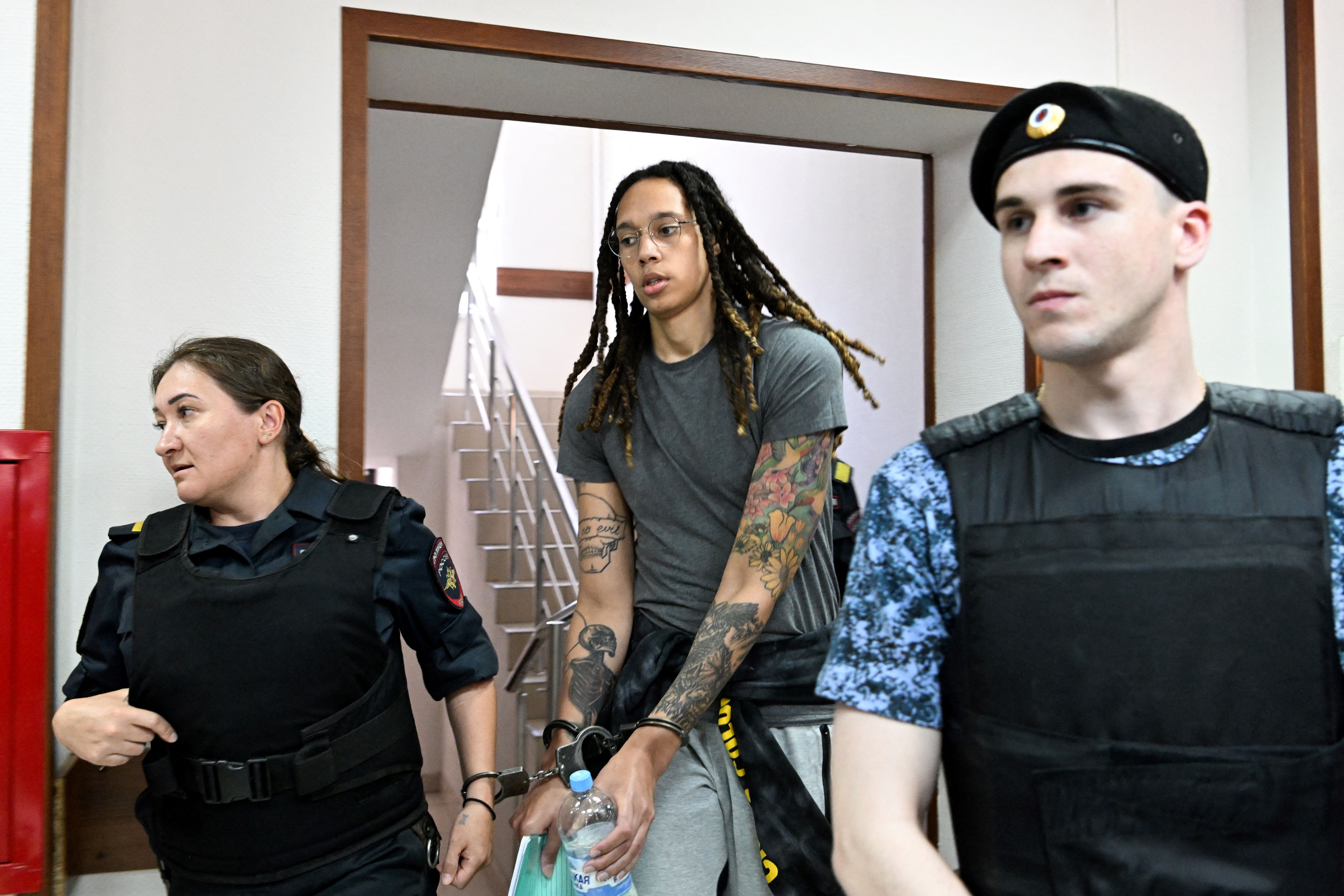