The body camera footage shows a police officer hurling Parscale to the ground during an incident at his home, shortly after they responded to a call for help from Parscale’s wife. She told police that Parscale had threatened to kill himself and had racked the slide of a handgun in front of her face, “putting her in fear for her safety,” according to a police report.

The video shows Parscale, wearing white shorts and no shirt, speaking with a police officer, and then another officer rapidly approaches Parscale from his right side, telling him, “Get on the ground, man.”

Parscale doesn’t visibly react to that command at first. The police officer then hurls him to the ground, while Parscale objects, saying “I didn’t do anything.”

Parscale had 10 guns at his home, including six handguns, two shotguns and two rifles, police said.

The officer who tackled Parscale wrote in a police report that Parscale “was believed to still be armed.” Parscale’s wife told police that she believed he had fired a round inside the house, and police observed bruises on her body that she said were a result of Parscale hitting her, the report said.

The officer who tackled Parscale said he wasn’t responding to his commands, and that his pockets looked large enough to possibly conceal a weapon.

“I then stepped through a wooded area and began to give loud verbal commands to the subject,” Sgt. Matthew Moceri, who’d tackled Parscale, declared afterward in the police report.

“I was dressed in full police uniform including full police reflective patches and insignias. The subject made eye contact with me and did not comply with any of the commands as I approached him. Due to the subject disobeying my lawful commands coupled with the subject being substantially larger than I am, Subject approx 6` 6″ and wearing shorts with pockets that could easily conceal a firearm, I initiated a double leg takedown. I lowered my level and wrapped both arms around the subject’s lower body while applying forward pressure to his mid-section with my forehead. This caused the subject to first sit to the ground and then lay flat on his back.”

Police also released the 911 emergency call that preceded the incident.

On the call, a woman begins by telling the police that she’s a realtor who was showing a house nearby. The realtor tells the cops that “a really nice lady” just emerged from a house nearby a few minutes earlier, and that the woman “thinks her husband has shot himself inside her house and she does not want to go back inside.”

Another woman, who doesn’t identify herself on the call but seems to be Parscale’s wife, Candice Parscale, jumps in and tells the police: “He’s just pissed at the world.”

Candice Parscale goes on to say her husband is “ranting and raving about something. I don’t know what.” Later in the call, she can be heard warning the police: “If he didn’t shoot himself, he has a gun.”

Police then arrived at the scene and negotiated for Parscale to leave the house — where they tackled him to the ground.

Parscale was then admitted to a local hospital under a Florida law known as the Baker Act, which allows for the involuntarily hospitalization of people going through an acute mental health crisis.

Parscale, 44, was a top aide on Trump’s winning 2016 run and later launched the group America First Policies. He ran the Trump campaign from early 2018 until July, when he was replaced by Bill Stepien, following Trump’s flop June rally in Tulsa, Oklahoma, and demoted to senior advisor for data and digital operations amid polling that showed Trump trailing former Vice President Joe Biden. 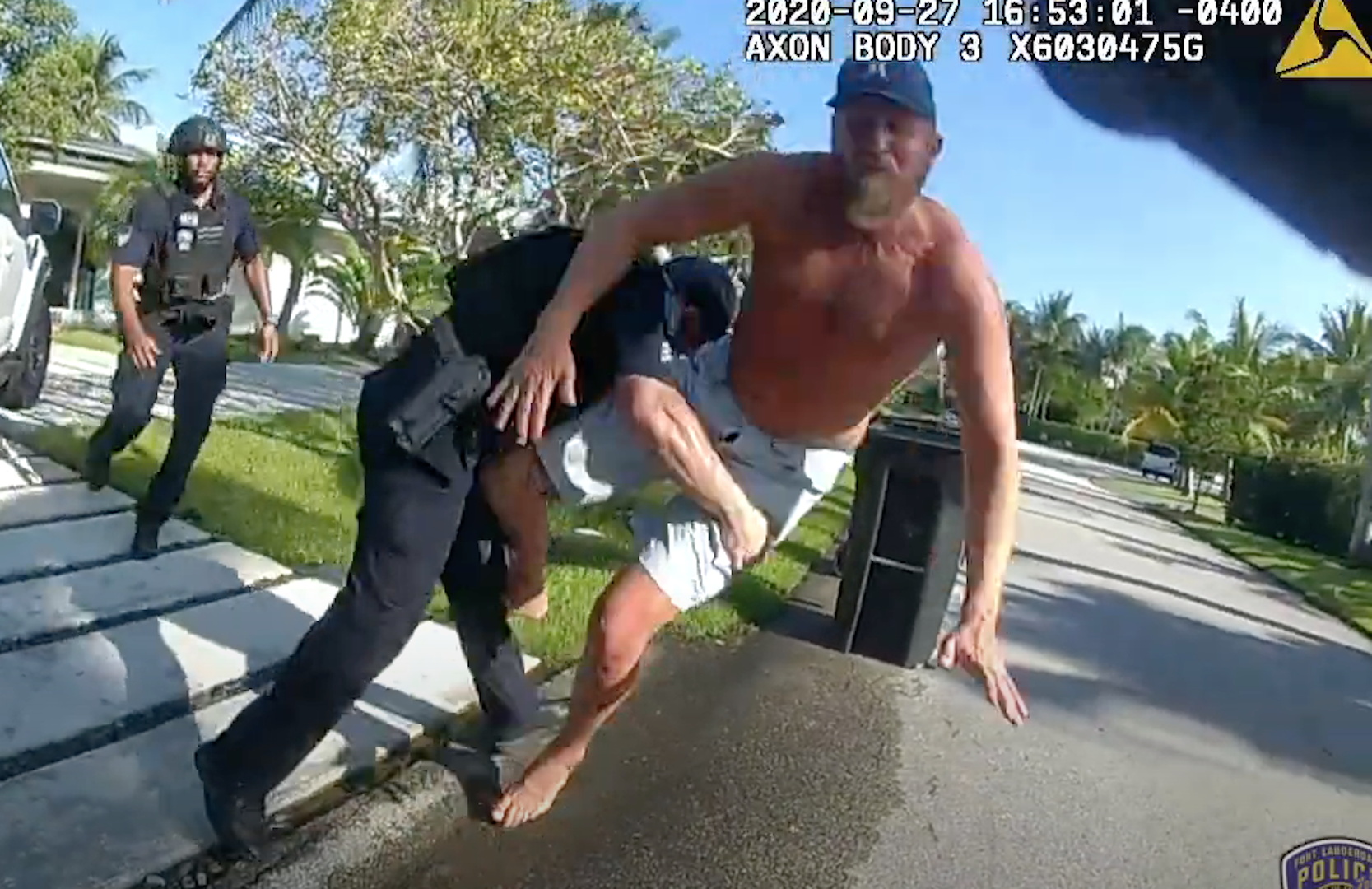 CEO Secrets: ‘Don’t just network up, do it with your peers’