A car associated with the attacks. Image via Albuquerque police.

Muslims in Albuquerque, New Mexico, say they’re terrified after a string of killings targeting Muslim men in the city.

On Sunday, Albuquerque police released an image of a vehicle of interest they’re seeking connected to the shootings of four Muslim men, three of whom were killed in the last two weeks and reportedly attended the same mosque.

The car is a dark silver, sedan-style Volkswagen Jetta or Passat with tinted windows. Police have not released any descriptions of a suspect.

The most recent homicide took place on Friday, when Naeem Hussain, 25, was shot near Truman St. and Grand Ave. just before midnight. In a news release, police said they believe Hussain’s killing is tied to the killings of Muhammed Afzaal Hussain, 27, and Aftab Hussein, 41, who were shot to death on Aug. 1 and July 26, respectively. Police are also looking into whether there is a connection between the three recent attacks and the killing of another Muslim man, Mohammad Ahmadi, who was fatally shot in November outside a business he ran with his brother.

“In all three cases, the victims were ambushed with no warning, fired on, and killed,” Deputy Police Commander Kyle Hartsock said in a news release last Thursday, prior to the most recent attack.

Ahmad Assed, president of the Islamic Center of New Mexico, told CNN the shootings have created panic among the city’s Muslim residents.

“Incredibly terrified. Panicked. Some people want to move from the state until this thing is over. Some people have moved from the state,” he said, adding some businesses are closing early and there are students who won’t leave their homes.

The shootings are also being investigated by the FBI and have been condemned by President Joe Biden, who tweeted on Sunday that “these hateful attacks have no place in America.”

Here are some key details about the shootings that we know so far:

The victims were all of South Asian descent

Naeem Hussain, Muhammad Afzaal Hussain, and Aftab Hussein were Pakistani, and Ahmadi was originally from Afghanistan.

According to CNN, Naeem Hussain fled violence against Shia Muslims in Pakistan in 2016 and became a U.S. citizen in July. He had attended a funeral for Muhammad Afzaal Hussain and Aftab Hussein on the day he was killed.

“He was the most generous, kind, giving, patient, and down-to-earth person that I could ever meet,” his brother-in-law Ehsan Shahalami told CNN.

Muhammad Afzaal Hussain, a planner for the city of Española, was “soft-spoken and kind, and quick to laugh,” said Española Mayor John Ramon Vigil in a news release.

The FBI is assisting Albuquerque police in the investigation, according to a news release. Police have set up a public portal where community members can upload videos and pictures that could assist with the investigation. People can submit additional evidence to Albuquerque Metro Crime Stoppers at 505-843-STOP (7867), which voted to increase a reward for information leading to an arrest to $20,000.

Muslim civil rights group Council on American-Islamic Relations is also offering a $10,000 reward for information leading to an arrest. The organization called on President Biden to provide all resources needed to “immediately identify and stop the serial shooter.”

Increased security/services for Muslims in Albuquerque

Albuquerque Mayor Tim Keller said the city and state police will be providing increased security at mosques near prayer time and at Muslim-affiliated schools.

He said police will help coordinate a safety plan for students returning to campus and that Muslims can access trauma counseling through the city’s Community Safety Department.

The city is also providing grocery and hot meal delivery to people who don’t feel safe leaving their homes.

Police haven’t released any information about potential suspects, nor are they labeling these attacks hate crimes yet.

“At this point, we don’t know that,” Albuquerque police spokesman Gilbert Gallego told reporters, according to CBS News.

In November, the Islamic Center of New Mexico was targeted by multiple fires; the FBI later released security images of a woman setting four fires on the mosque’s property. Isela Camerena was charged with arson in March.

In 2016, hate crimes reported against Muslims rose to 307 incidents, with the number of assaults surpassing 2001 levels, according to analysis from Pew Research Centre. The New York Times reported that anti-Muslim hate crimes fell below 9/11 levels in 2020, but that could in part be due to pandemic lockdowns. 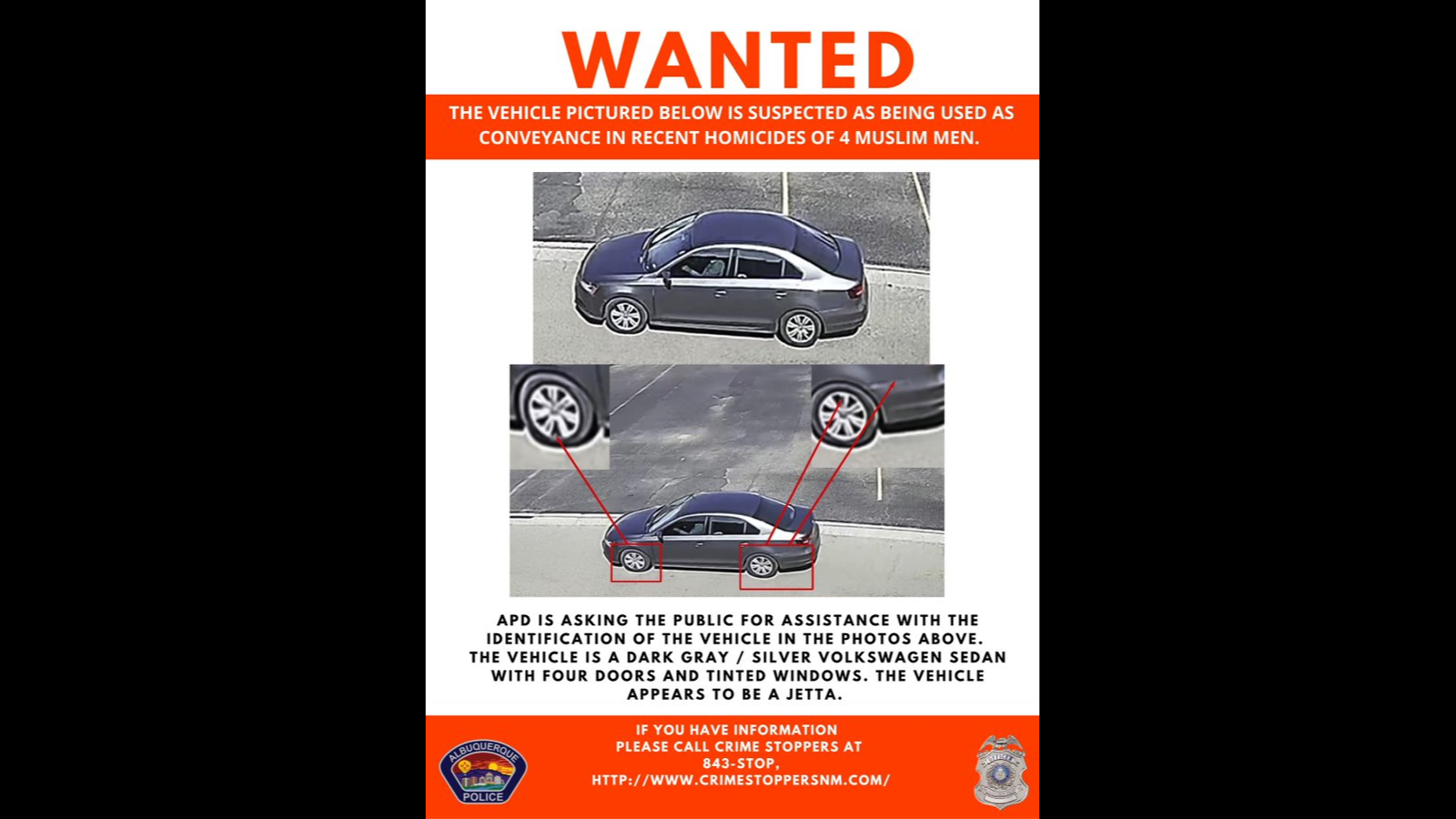 California Should Have a Significant Homeless Vote. Here’s Why That Might Not Happen.