If New York’s attorney general gets her way, former President Donald Trump will be drummed out of her state as a businessman almost completely.

That’s because her massive $250 million lawsuit against Trump, his company, and his adult children effectively seeks to eradicate them from New York’s commercial scene, and in particular, the industry where Trump made his name: real estate.

Victory for NY Attorney General Letitia James would mean banning Trump and three of his kids—Eric, Don Jr., and Ivanka—from running a company based in New York. James wants to block Trump and his family business from buying any New York real estate for five years, and install an independent monitor to oversee all of the company’s business activities, including its financial reporting and statements to banks and tax authorities.

In short, James set out Tuesday to obliterate his image as a savvy entrepreneur—one that Trump spent decades cultivating through a series of splashy deals, a hit reality show, and finally a bid for the presidency based on the promise of his self-avowed skills as a negotiator.

In James’ retelling, it was all based on a series of illicit exaggerations. In hundreds of detailed pages, James’ lawsuit alleged fraud across 23 assets, from the Mar-a-Lago seaside country club in Palm Beach, Florida, to golf clubs in Scotland. The lawsuit seeks $250 million in awards, which is the amount that James estimated Trump’s company earned through allegedly fraudulent schemes.

Trump has denied all wrongdoing. In a statement on his social media site, Truth Social, Trump criticized James as “a total crime fighting disaster in New York” and insisted that banks and insurance companies “were fully paid, made a lot of money, and never had a complaint about me.”

Trump referred to the attorney general as “Letitia ‘Peekaboo’ James,” for reasons he did not immediately explain. In the past, he has repeatedly called James, who is Black, a “racist.”

James is an elected Democrat who’s up for reelection this November. Trump and his family members have frequently accused her of politicizing her investigation.

The lawsuit adds to a rising tsunami of legal challenges for Trump. He’s already facing a criminal probe in Atlanta over his attempts to reverse his 2020 electoral defeat in the peach state. The FBI is investigating whether he violated the Espionage Act by hoarding sensitive classified documents at Mar-a-Lago.

But unlike those criminal probes, which arc back to Trump’s presidency, this new lawsuit is focused purely on Trump’s business empire.

“The civil case may be even more devastating than the criminal cases,” tweeted Norm Eisen, a senior fellow at the Brookings Institution who served as special counsel for the House Judiciary Committee when the panel pursued Trump’s impeachment. “It may destroy Trump’s financial base that he relies on for all else.”

But James’ lawsuit also has the potential to unleash new criminal investigations into Trump and his family business.

James said her office made criminal referrals to federal prosecutors over what she called evidence of false statements to financial institutions and bank fraud, during a press conference on Wednesday.

She also said her investigation showed violations of state criminal laws, including “falsifying business records, issuing false financial statements, insurance fraud and engaging in a conspiracy to commit each of these state law violations.”

Manhattan District Attorney Alvin Bragg, who has worked closely with James’ office in a parallel criminal probe of the Trump Organization, issued a brief, terse statement in response. 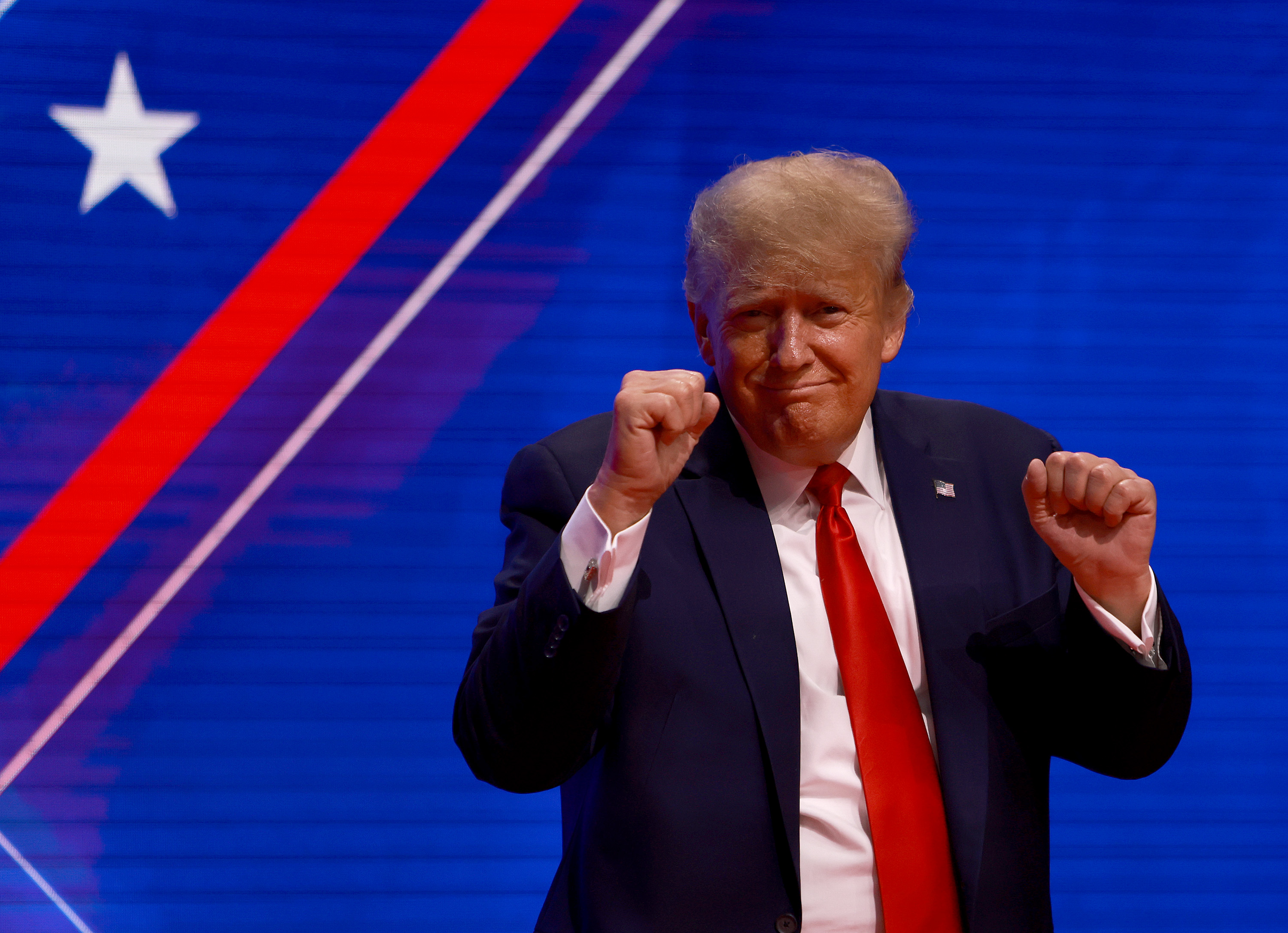 Patrick Lyoya Got Pulled Over for His License Plate. The Cop Shot Him in the Head.