A Michigan GOP gubernatorial candidate who faces misdemeanor charges stemming from his alleged involvement in the January 6 riot at the U.S. Capitol finished well behind the Trump-endorsed nominee Tuesday.

But as Ryan Kelley posted on Facebook afterwards, he is “NOT CONCEDING!” despite finishing fourth, with fewer than half as many votes as the nominee, and he’s claiming that there were “unprecedented oddities” in the election.

In Tuesday’s primary to face Democratic Gov. Gretchen Whitmer, who is running for a second term, Kelley finished with just 15 percent of the vote, despite leading polls in the run-up to the race. The crowded race was won by Tudor Dixon, a right-wing commentator who was backed by former President Trump and former Secretary of Education and Department of Education abolitionist Betsy DeVos, with a plurality of 40 percent.

The second- and third-place finishers conceded Tuesday after Dixon clearly won. But not Kelley, as the nonprofit news website Michigan Advance reported.

“Looks like the ‘testing’ was not testing after all, and it was a release of their preferred and predetermined outcome,” Kelley posted on Facebook. “NOT CONCEDING! Let’s see the GOP and the predetermined winner call for a publicly supervised hand recount to uphold election integrity.”

Last week, two Michigan TV stations inadvertently published mock election results which had been provided to them by the Associated Press for systems tests. The TV stations, the Associated Press, and the Michigan secretary of state’s office quickly clarified that the numbers weren’t real results, but the error predictably fueled claims on the right that the election had been rigged.

“At a time when election integrity has been a major concern, these unprecedented oddities deserve to be investigated,” Kelley told the Michigan Advance. “These are very reasonable questions that deserve answers.”

Kelley came to prominence by protesting Whitmer’s COVID-19 executive orders, and later went to D.C. for the “Stop the Steal” rally on Jan. 6. But in June, the FBI raided Kelley’s house and arrested him for his alleged involvement in the riot, and Kelley was later charged with four misdemeanors, including trespassing. He’s pleaded not guilty.

Kelley posted on Facebook Wednesday that he “blew off a little steam 2A style,” meaning he apparently shot guns in frustration, before posting a link to the crowdfunding site GiveSendGo to raise legal funds to fight the Jan. 6 misdemeanor charges.

“Ryan Kelley is still fighting against DC trying to intimidate and silence him with ridiculous misdemeanor charges,” he posted. “Any help you can give would be greatly appreciated!” 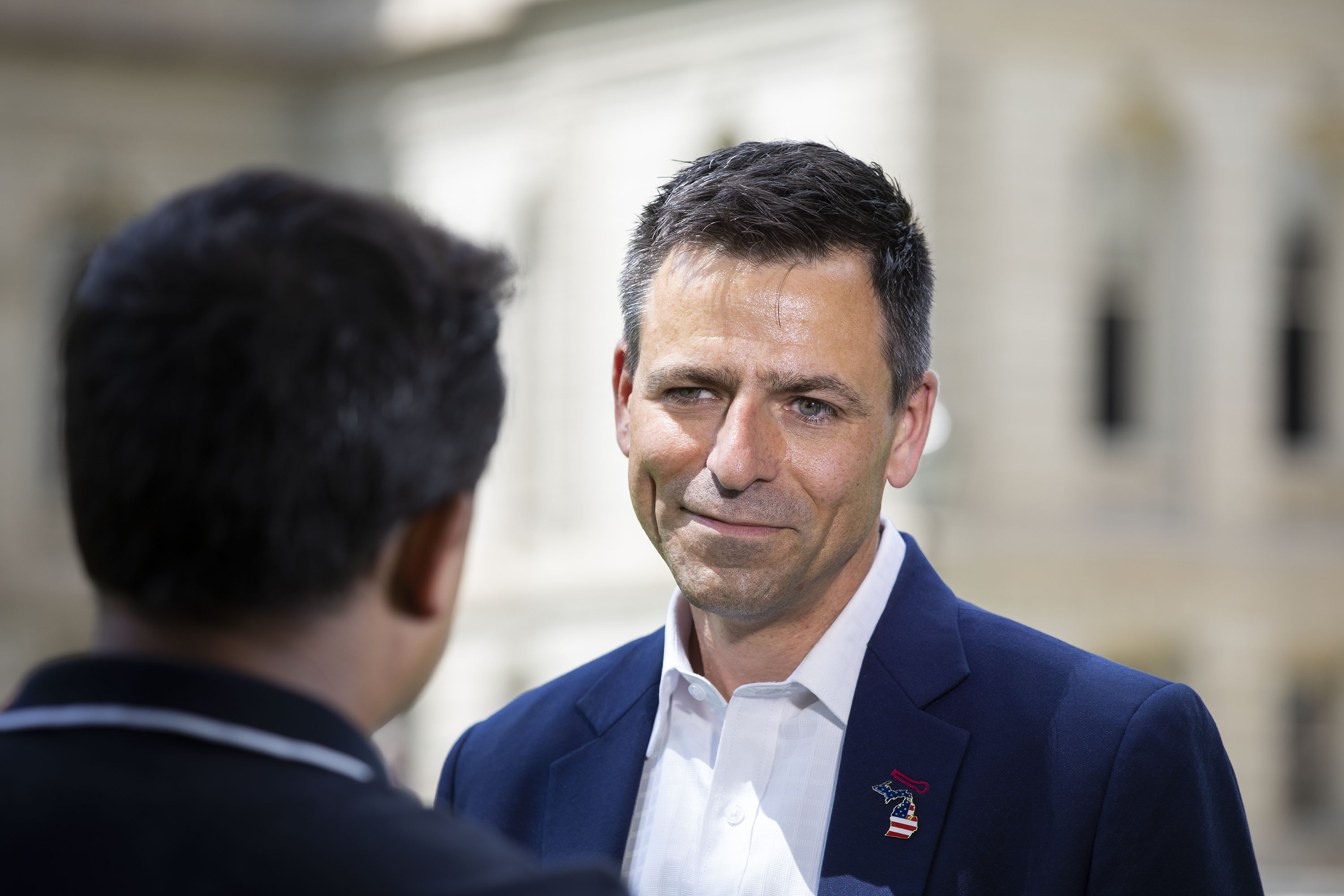 Coronavirus: Tesco tells people to visit stores to get food