After months of pressure from former President Donald Trump, who lost the state but claims it was stolen, Pennsylvania Republican lawmakers are subpoenaing voter data as part of a shambolic probe into the 2020 election.

As part of the subpoena, which passed a Republican-led state Senate committee Wednesday morning, legislators are seeking troves of information about the 2020 election: The names and dates of birth, addresses, and partial social security numbers of every registered voter in Pennsylvania as of November 2020 from the state Secretary of State, as well as communications between state and local election officials in every county, according to PA Spotlight and the Philadelphia Inquirer.

“There have been questions regarding the validity of people…who have voted, whether or not they exist,” Republican state Sen. and committee chair Cris Dush said during the hearing Wednesday. “We’re not responding to proven allegations. We are investigating the allegations to determine whether or not they are factual.”

An audit carried out by the Pennsylvania Secretary of State and 63 counties earlier this year found “strong evidence of the accuracy” of the vote count from November. President Joe Biden handily beat Trump in Pennsylvania last year, after Trump defeated Hillary Clinton there in 2016.

A spokesperson for Gov. Tom Wolf, a Democrat who has criticized the push for a partisan audit, told PA Spotlight Tuesday that his administration will “continue to strongly oppose any effort which would compromise the security and integrity of election materials and infrastructure, and undermine confidence in our elections by bringing an Arizona style circus to Pennsylvania.”

In June, Dush and two other legislators—including potential Republican gubernatorial candidate Doug Mastriano—toured the facility where Arizona’s shambolic “forensic audit” was taking place. But Dush said last week that the “investigation is not about overturning the results of any election, as some would suggest.”

Jake Corman, the state Senate president pro tem, told the Inquirer Tuesday that lawmakers were “not looking to Arizona” as a model.

“This is Pennsylvania-specific. And whether what we’re doing actually meets the legal term of ‘forensic’ or not, I’m not sure,” Corman said. “But what we’re gonna do is do a thorough investigation, and go with credibility, so that people can have [faith] in the results.”

On Wednesday, Sen. Anthony Williams, a Democrat and the minority chair of the committee, referred to the Republicans’ move as a “pure, unadulterated power grab.”

After Dush and the other lawmakers visited Arizona in June, Corman denied that Pennsylvania needed to “relitigate 2020.” In response, Trump slammed Corman and other lawmakers who oppose an audit. “​​I feel certain that if Corman continues along this path of resistance, with its lack of transparency, he will be primaried and lose by big numbers,” Trump said in a June 14 statement released through his Save America PAC.

Arizona lawmakers are still waiting for the forensic audit report to drop, after a chaotic and almost comically incompetent process which has recently been delayed because CyberNinjas CEO Doug Logan and other audit team members had contracted COVID-19.

In addition to Arizona and now Pennsylvania, Wisconsin—another state with a majority-GOP legislature which President Joe Biden won by more than 80,000 votes last November—is also undertaking an investigation of the 2020 election. But earlier this week, an email signed by Michael Gableman, the former Supreme Court justice appointed in charge of the investigation, raised concerns among local election officials about security, since it came from a Gmail address for someone named “John Delta.”

The email initially landed in Milwaukee County Clerk George Christenson’s spam folder, according to the AP.

“I just think it’s strange. It doesn’t seem very professional to me,” Christenson told the AP. “He should have some sort of secure email through the Assembly if he’s got that authorization. Everything about this has been done unprofessionally and haphazardly.” 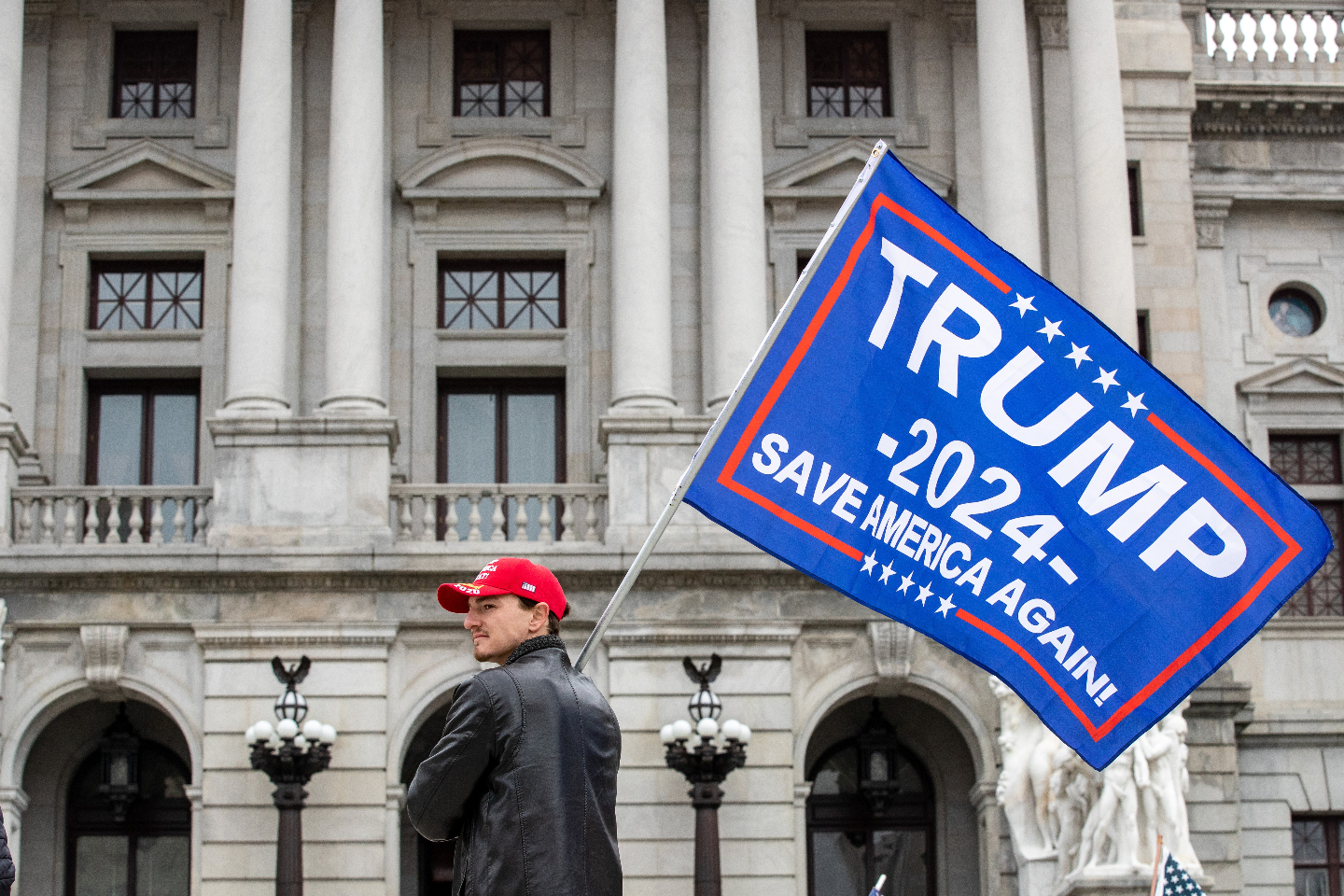