A group of neo-Nazis toting swastikas and transphobic signs gathered near a restaurant hosting a drag brunch in Pflugerville, Texas, Sunday, just days after the state GOP tweeted an “alert” about the event.

One man held up a flag featuring a swastika. Another wore a red hat emblazoned with a swastika, and another had a swastika on a chain around his neck. One had his face covered with a skeleton mask and held up a flag containing two “SS” lightning bolts, another symbol referencing the Nazi Third Reich.

They held signs reading “Transvestite is not a Gender; it is a Mental Disorder” and “It’s Okay to be White.” Some members of the group wore apparel featuring a symbol associated with the Aryan Freedom Network, a white supremacist group that’s ramped up recruitment and propaganda efforts across the country, including Texas in the last year.

The GOP have been waging a protracted campaign against drag shows all year, particularly ones touted as being family-friendly, and using those events as a means to mainstream anti-LGBTQ bigotry and conspiracy theories. As a result, those events have become lightning rods for extremists across the gamut, including the Proud Boys, Christian fascists, QAnon, and neo-Nazis.

While it’s not clear exactly why the group of neo-Nazis chose Pflugerville, their appearance in the Austin suburb coincided with the drag brunch event at the Hanover Draught Haus. Two days earlier, the Texas GOP had “alerted” their 71,000 followers on Twitter to the planned event.

The Texas GOP did not respond to VICE News’ request for comment. Their initial “alert” about the slated drag brunch drew quick criticism from the LGBTQ and activist community.

One Twitter user suggested that the Pflugerville drag brunch would “likely need armed protection.” “With the Texas GOP inciting panic, they also might want to contact a lawyer,” they wrote, followed by hashtags “#FilmEverything” and “#LeftistsHaveGunsToo.”

The Texas GOP responded to this tweet, saying, “All we did was let people know what was happening in their area, and the left instantly jumps to violence.”

Ali Shabazz, a 36-year-old resident of Pflugerville who recently relocated from Los Angeles, told VICE News that he was taking a stroll through the downtown area to get a coffee around 1 p.m. when he noticed an idling police car up ahead. He didn’t think much of it, until he got closer and heard metal music and saw a small group of men with Nazi paraphernalia sitting outside a taco house.

He later tweeted, “Yo I deadass just walked through a Nazi rally in downtown Pflugerville.”

Pflugerville wasn’t the only part of Texas that saw extremist activity this weekend.

On Saturday in Plano, 200 miles from Pflugerville, a ragtag group of militants and extremists joined a protest against Pride celebrations underway in the city. Local freelance journalist Steven Monacelli identified some of the individuals with the group, including one “groyper” (a supporter of white nationalist livestreamer Nick Fuentes) and several Proud Boys.

Monacelli said he also identified the leader of Protect Texas Kids, a nonprofit run by anti-trans activists that’s been spearheading anti-LGBTQ activism in the state, including one tense protest against a drag brunch in Roanoke, Texas, last month that led to confrontations between armed antifascists and far-right protesters.

(Disclosure: Gavin McInnes, who founded the Proud Boys in 2016, was a co-founder of VICE in 1994. He left the company in 2008 and has had no involvement since then.) 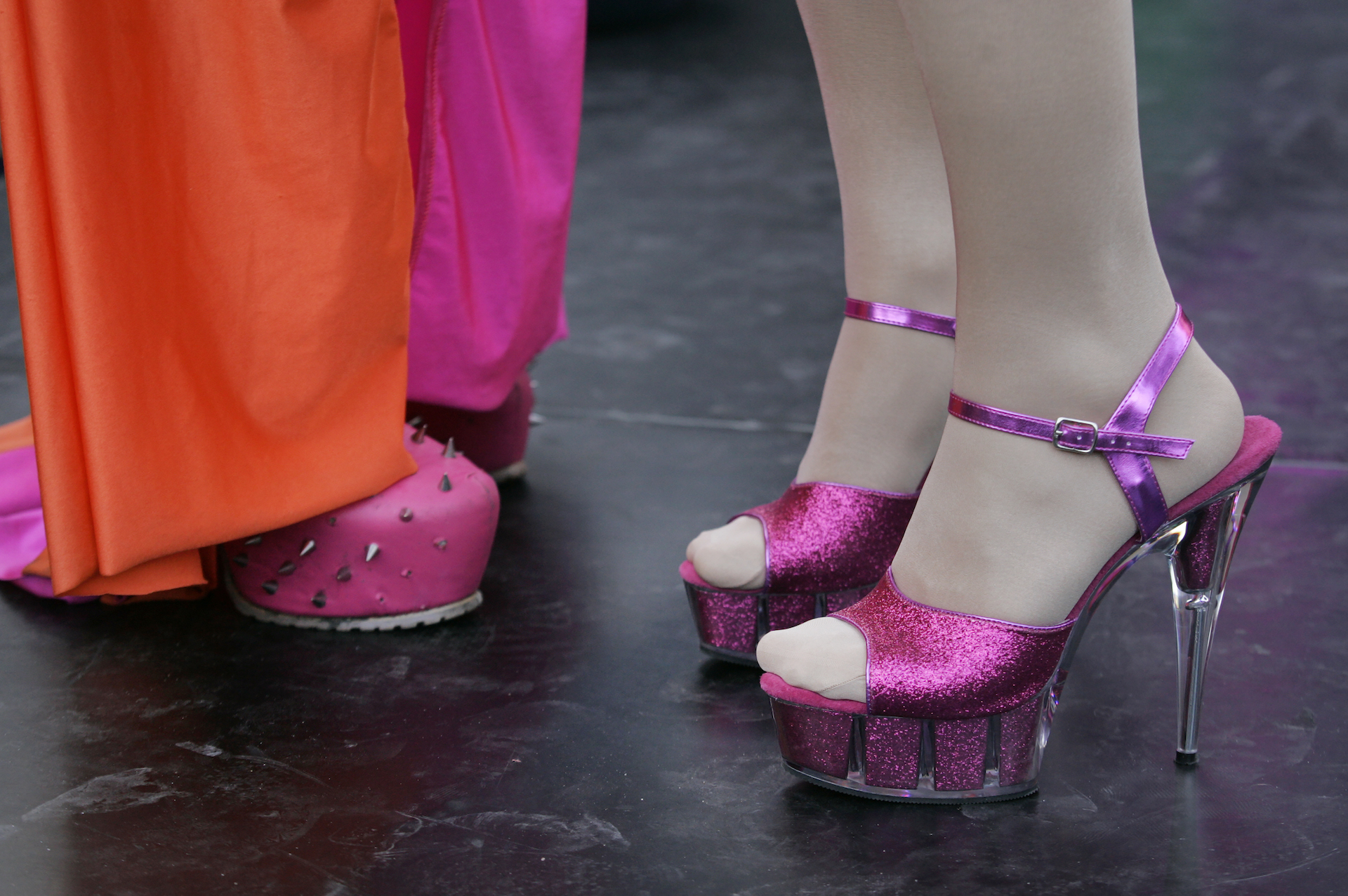 ‘We see the queue for food growing day by day’